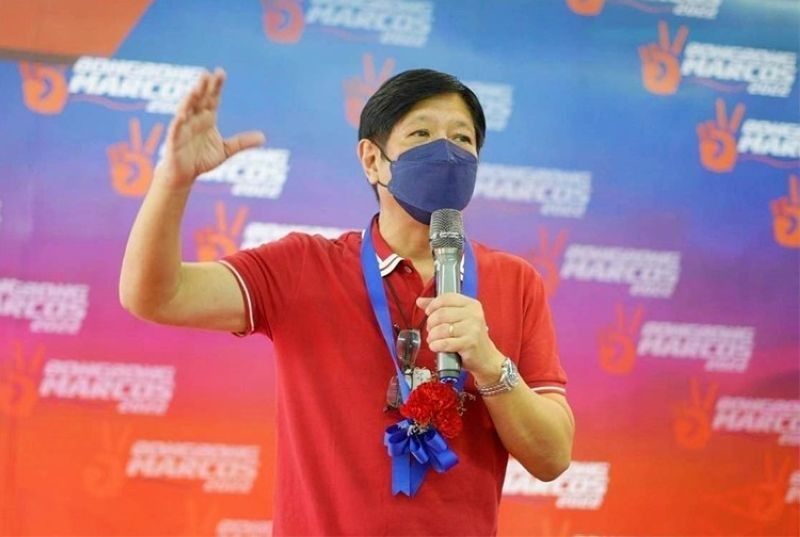 PRESIDENTIAL aspirant and former senator Ferdinand “Bongbong” Marcos Jr. has submitted to law enforcement agencies a negative drug test result amid claims of President Rodrigo Duterte that one presidential aspirant in the 2022 elections was using cocaine.

He maintained, however, that he does not feel alluded to by the pronouncement of Duterte while recognizing that it was his “inherit duty” as an aspiring public official to assure the people that he is against illegal drugs.

“Let me reiterate my assurance to my fellowmen, especially to the supporters of BBM-Sara Uniteam, that I am, and will remain, a vigilant anti-illegal drugs campaigner," said Marcos in a statement.

Duterte described the person he was referring to as coming from a rich family and whose father was a prominent personality.

Marcos, the son of former dictator Ferdinand Marcos, has teamed up with presidential daughter Davao City Mayor Sara Duterte-Carpio for the 2022 national elections.

Duterte also called on political aspirants to undergo drug testing despite it not being a requirement in seeking a public post.

"I'm calling again all elective aspirants to take the drug test to ensure our people, particularly the young generation, that no elected leader is into illegal substances," he said.

They both tested negative for illegal drugs. (SunStar Philippines)