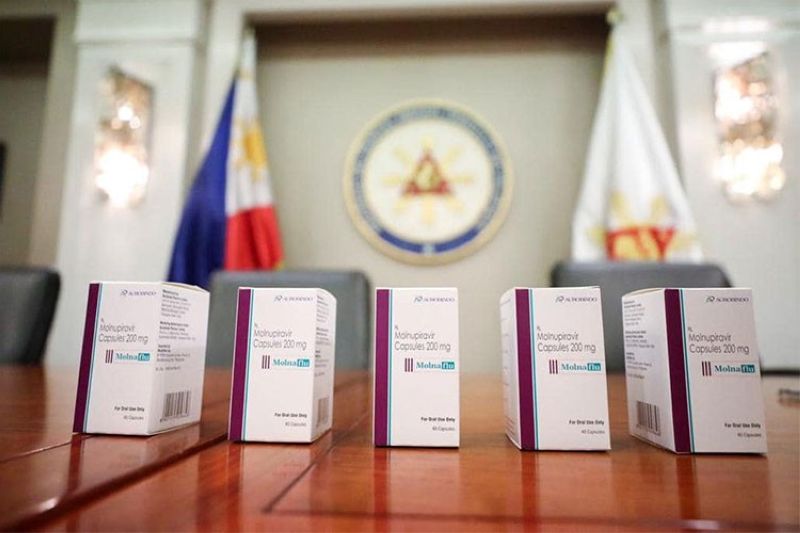 AN INFECTIOUS disease expert advised the public on Tuesday, November 23, to be careful in using Molnupiravir, a medicine that is being used to manage patients with coronavirus disease 2019 (Covid-19).

Dr. Edsel Maurice Salvana, a member of the Department of Health’s Technical Advisory Group, said long-term use of Molnupiravir has “mutagenic potential” and it is only intended for high-risk populations with confirmed mild or moderate Covid-19.

He added that Molnupiravir only has to be used for five days and has to be under “compassionate use.”

“Beyond that narrow application, the risk-benefit ratio of this drug remains uncertain and can be potentially harmful,” he said in a Facebook post on Tuesday, November 23.

“If you have severe Covid, it doesn't really work and other meds need to be used,” he added.

Salvana also stressed that there is still no Emergency Use Authorization (EUA) for Molnupiravir from the Philippine Food and Drug Administration (FDA), although two firms with licensed Molnupiravir from MSD have applied for EUA.

“This means molnupiravir remains under compassionate use permit only, which is highly regulated and may even be hospital-specific. It isn't as simple as getting a prescription. Even an EUA drug once it is granted this designation wouldn't yet have a certificate of product registration and can only be prescribed under very specific conditions,” he said.

He advised the public to always talk to doctors before buying or using the Molnupiravir, stressing that “some online vendors are already hawking their wares, just like bootleg tocilizumab, anti-worm medicine and unregulated self-test antigen kits.”

On Monday, November 22, Vice President Leni Robredo announced that the Office of Vice President can now provide the Molnupiravir, saying his office will issue a guarantee letter under their special medical assistance program to any qualified patient referred to by their volunteer doctors through Bayanihan E-Konsulta, a telemedicine program of Robredo’s office.

“Molnupiravir is now available for our patients who may be prescribed to take them under our Bayanihan E-Konsulta Program,” she said in a Facebook post.

Robredo signed a memorandum of agreement with QualiMed Health Network for the provision of assistance to referred patients prescribed with Molnupiravir.

The first shipment of Molnupiravir arrived in the country last November 17. (With TPM/SunStar Philippines)