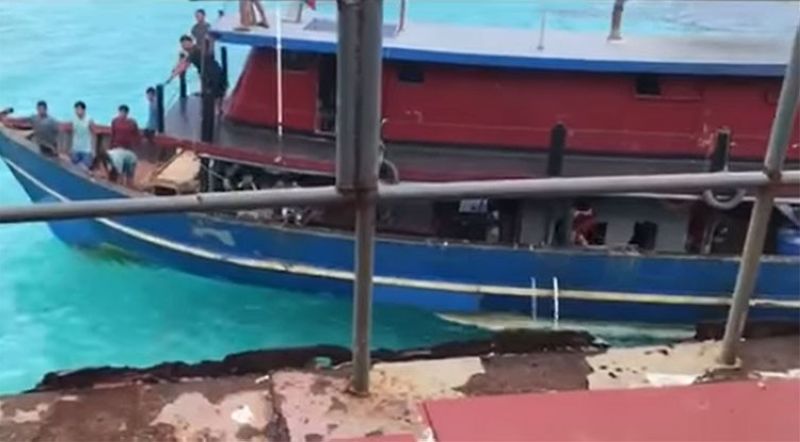 THE Chinese Coast Guard ship deployed a rubber boat with three personnel on board to get near the BRP Sierra Madre in the Ayungin Shoal while the unloading of supplies from another Philippine vessel was ongoing, Defense Secretary Delfin Lorenzana said on Tuesday, November 23, 2021.

“I have communicated to the Chinese ambassador that we consider these acts as a form of intimidation and harassment,” he said in a message to reporters.

A Philippine supply vessel successfully reached BRP Sierra Madre stationed in the Ayungin Shoal on Tuesday afternoon, November 23, a week after they were blocked and water cannoned by Chinese vessels along the way, which resulted in them earlier aborting the mission.

President Rodrigo Duterte personally called out China over the incident.

The Department of Foreign Affairs filed a protest and condemned the incident.

On July 12, 2016, the Permanent Court of Arbitration in The Hague, Netherlands ruled in favor of the Philippines and invalidated China’s claims within the sea areas falling within the nine-dash line, which is over 90 percent of the West Philippine Sea (South China Sea).

It also affirmed the traditional and legitimate fishing rights of Filipino fishermen in the area but China refused to accept the ruling. (SunStar Philippines)