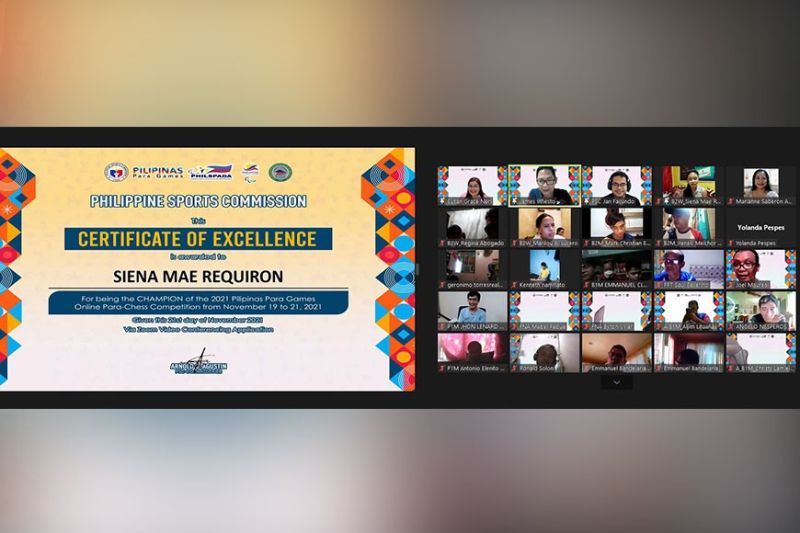 Tournament chief arbiter James Infiesto, who is coaching the national para chess team, said, "Yes! I have a few prospects but very promising!"

Infiesto graced the simple yet heartwarming virtual awarding program via Zoom on Sunday, November 21, 2021, along with PSC staff Jan Facundo.

Pespes thanked PSC and the organizers, including the Philippine Sports Association for the Differently-Abled and the National Chess Federation of the Philippines (NCFP).

She dreams of being able to play with other national para chess players and become a national member herself.

The top three winners will receive cash prizes of P30,000, P20,000, and P10,000 that will be deposited into their bank accounts as well as gold, silver, and bronze medals with commemorative shirts that will be shipped to their addresses.

The PPG is held in partnership with the Philippine Paralympic Committee and the Integrated Philippine Association of Optometrists on the classification of registered para-athletes.