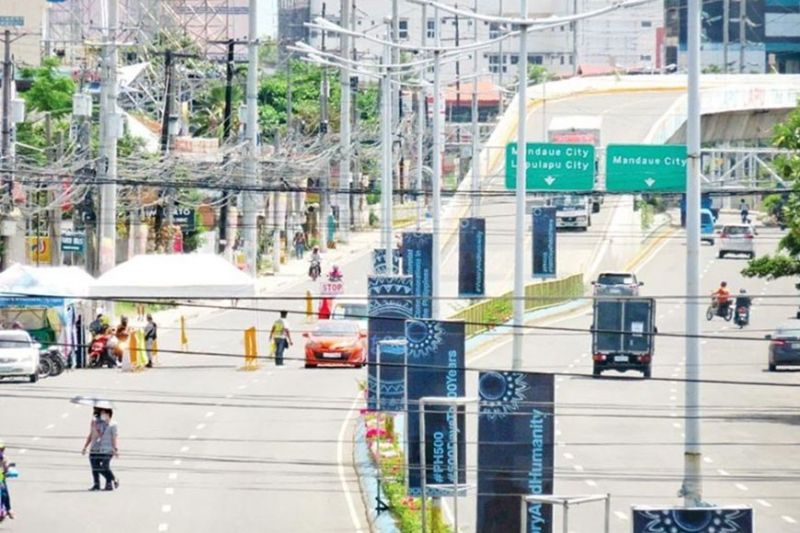 LAPU-LAPU City in Cebu has been put under monitoring by the Department of Health (DOH) and might be placed under Alert Level 3 after November 30 due to the increasing number of Covid-19 cases in the area.

DOH Undersecretary Maria Rosario Vergeire said in a press briefing Monday, November 22, that they saw a positive two-week growth rate in Lapu-Lapu, adding that the city is now classified as moderate risk for Covid-19.

“We have observed that metrics for Lapu-Lapu City may require escalation from Alert Level 2 to Alert Level 3,” Vergeire said.

Lapu-Lapu, along with other areas in Cebu, is under Alert Level 2 until November 30, 2021.

Lapu-Lapu City Mayor Junard Chan on Tuesday, however, disputed Vergeire’s figures and said he would not consent to having the city placed under Alert Level 3 status simply on the DOH’s assumption that the number of Covid-19 cases in the city had risen.

“We can’t say that they will place us under Level 3. Our cases are very low. We have also taken measures to lower our cases,” Chan told SunStar.

Data from the DOH tracker showed that Lapu-Lapu City had 73 Covid-19 cases, as of November 21. The case bulletin of the DOH Central Visayas (DOH 7), however, showed only 52 active infections on Sunday.

Vergeire also reported that the moving seven-day growth rate of Lapu-Lapu City (November 8-14 versus November 15-21) was at -34 percent, with a 1.04 moving average daily attack rate from November 15 to 21.

Its two-week growth rate (October 25-November 7 versus November 8-21), however, was at 27.69 percent, with 1.30 moving average daily attack rate for November 8-21. This put Lapu-Lapu under moderate risk classification, said Vergeire.

“With these numbers, Lapu-Lapu City will be monitored if they need to be escalated to Alert Level 3 from Alert Level 2,” Vergeire said.

She added that reassessments of the Alert Level System will be done every 15th and 30th of each month, and an area may only deescalate after the implementation period.

“However, escalations may be recommended if at all warranted,” she added.

Aside from Lapu-Lapu City, other areas under moderate risk classification are Apayao, Baguio City and Mountain Province.

Batanes has been classified as high risk for Covid-19.

Mayor Chan expressed surprise at the figures cited by Vergeire, saying Lapu-Lapu City was recording only single-digit new cases and that last Monday, Nov. 22, only one new case had been recorded.

“That’s why I was shocked,” Chan said. “It’s unfair to the local government unit (LGU) that has been working hard. In Cebu Province, we even have the highest [Covid-19] vaccination rate.

Dr. Mary Jean Loreche, chief pathologist of the DOH 7 and consultant to Lapu-Lapu on health matters, called the DOH head office’s statement on the alleged escalation of Covid cases in Lapu-Lapu premature.

“I have the data here with me. For the past several days, our new cases for Lapu-Lapu have really been almost zero. That’s for the average daily new cases,” Loreche said.

“I do not know where they got their data, but I believe the data that we have on the ground has been validated and verified by our Resu (Regional Epidemiology Surveillance Unit),” said Loreche of the figures cited by the DOH national office.

Mayor Chan said the City has taken aggressive steps to curb the spread of the coronavirus.

First, it has stepped up vaccination so that 49 percent of its eligible population is now fully vaccinated, while 75 percent have had at least a first dose of a Covid-19 vaccine.

Third, the City is promoting vaccination through a three-day vaccination campaign this month where vaccinees get a chance to win in a raffle.

“We will fight that. That’s very unfair,” Chan said if the city is placed under Alert Level 3.

Chan said the city health office and the DOH should collaborate and compare their collected data so that the Covid-19 case figures would match.

Loreche said placing Lapu-Lapu City under Alert Level 3 status would be like reverting the LGU to modified enhanced community quarantine status, where some establishments would be prohibited from operating and there would be restrictions on the movement of people and vehicles.

“These are things that we really need to be careful and mindful of, considering that we are already in the new normal,” Loreche said.
< Previous PageNext Page >