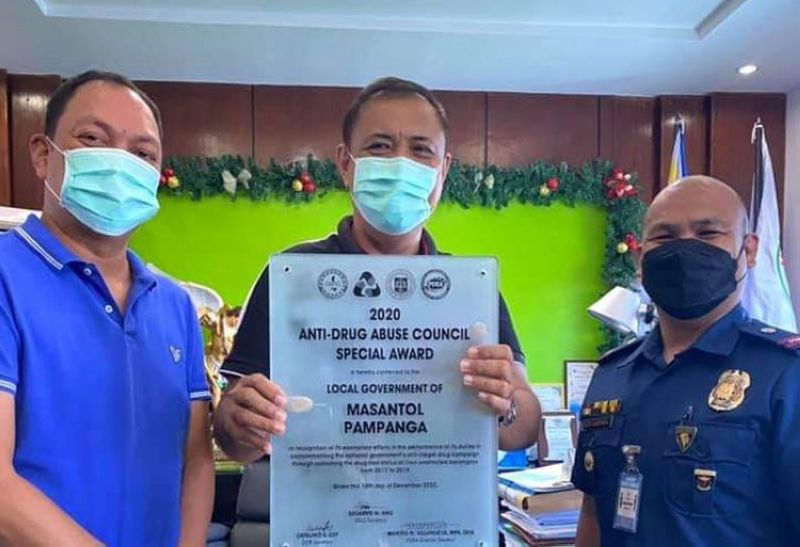 THE local government of Masantol recently received a special award from the 2020 Anti-Drug Abuse Council (Adac).

The special award was presented by the Department of the Interior and Local Government to Mayor Danilo Guintu and Masantol’s chief of police Major Leonardo Lacambra.

The award was given in recognition of the local government and police's exemplary efforts in the campaign against illegal drugs which led to the sustained municipal drug-free status from 2017-2019.

In his message, Guintu expressed gratitude to Adac for recognizing the efforts of the local government and police.

He also assured Masantoleños that they will continue to work hard to ensure that their customers will be free from illegal drugs.