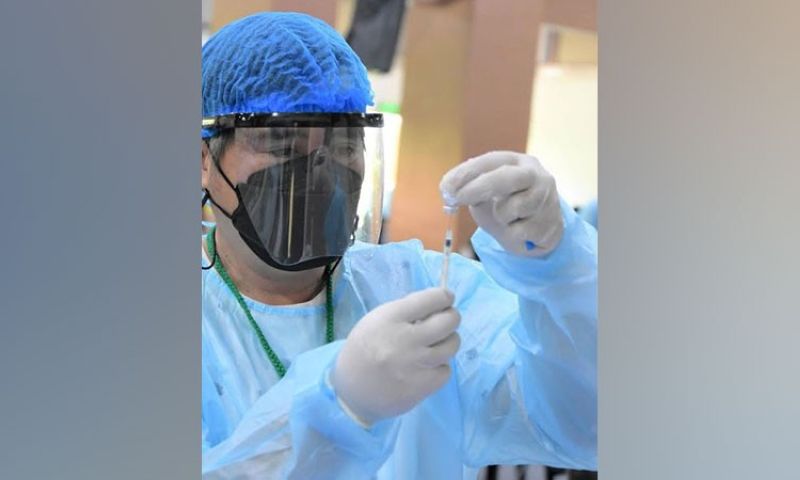 NEGROS. A local labor group leader says the situation is adversely affected by the "confusing and contradictory" pronouncements of government officials and agencies on the issue of Covid-19 vaccination. (File Photo)

THE situation under the Covid-19 pandemic had drastically reduced the real wage of the workers, a local labor leader said.

Wennie Sancho, secretary general of General Alliance of Workers Associations (Gawa), said the purchasing power of the peso in Western Visayas is P0.76.

Sancho, also the labor representative to the Regional Tripartite Wages and Productivity Board (RTWPB) in Western Visayas, said a worker is losing P94.80 per day or about P2,464.80 per month.

"His P395 per day minimum wage was reduced to P300.20 per day in terms of real wage according to the statistics of the Philippine Statistics Authority (PSA) and RTWPB-Western Visayas," he said, adding that "thousands of workers had not yet returned to their work due to the massive closures of business establishments."

While the economy is about to scale up with the lifting of some restrictions, the labor group said, the situation is adversely affected by the "confusing and contradictory" pronouncements of government officials and agencies on the issue of Covid vaccination.

Gawa said despite the absence of an enabling law, Covid-19 vaccination has become mandatory. Work options for unvaccinated workers are now up to employers, according to the Department of Labor and Employment (DOLE).

"This will lead to an abuse of the so-called management prerogatives," it added.

For Sancho, this is discriminatory and could be used as a mechanism for oppression by some unscrupulous management who are taking advantage of the situation by exploiting the workers.

The scarcity of work had forced most workers to accept inhumane working conditions and starvation wages just to keep their heads above water, Sancho said.

Unvaccinated workers had to use up their leave credits, after that, they would be on a "no-work-no-pay" status, a euphemism for unemployed workers, the labor leader said.

"It is unfortunate that with the decrease in Covid-19 infection, the workers constitutional rights to security of tenure, humane conditions of work and a living wage are under attack. Who will now protect labor?" he stressed.

Gawa also lamented that the most avowed declaration in Article XIII Sec. 3 of the 1987 Philippine Constitution which states that "The State Shall Afford Full Protection To Labor" has become meaningless.

It is nothing but a mere statement of principles that could not protect the rights and welfare of the workers in the midst of a pandemic, the group also said.

"Our government officials and political leaders should be more circumspect in looking into the plight of the workers who were not given any wage increase for almost two years," its secretary general said, adding that the pandemic issue should not be used as a political platform by politicians that would lead to more confusion.