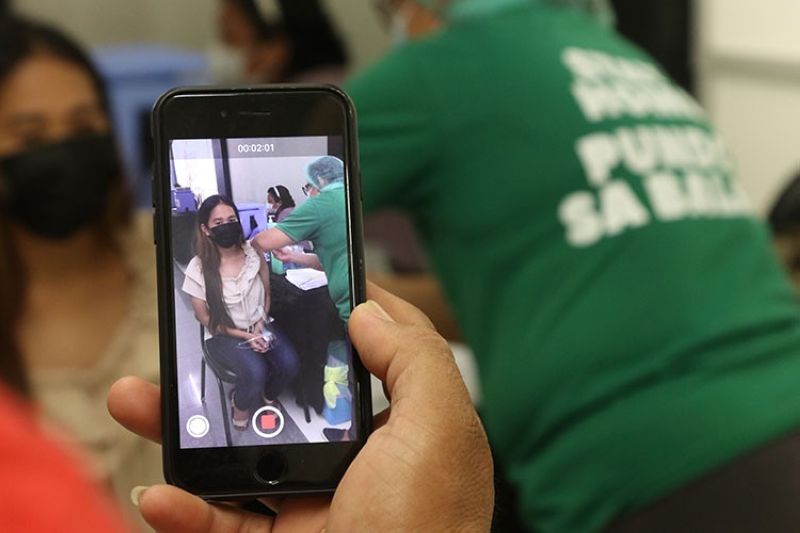 AFTER hitting the one-million mark of vaccinated individuals for the first dose, the Davao City Government is raising the bar by aiming to achieve a "100-percent vaccination" of the estimated 1.8 million total population before November ends.

Covid-19 Task Force Spokesperson Dr. Michelle Schlosser said on Wednesday, November 24, that this is the new target of the city after the Department of Health (DOH) has now allowed the vaccination of pediatric ages 12 to 17 years old.

Schlosser said the local government is also aiming to increase its vaccination target as the city is participating in the three-day National Covid-19 Vaccination Bayanihan Bakunahan from November 29 to December 1.

"If mabuhat unta nato as early as katong ipadagan nato na Bayanihan Bakunahan kasi (If we can achieve it early through the upcoming Bayanihan Bakunahan because) we are aiming before the November ends, ma-achieve na nato ang 100 percent, achieve na nato atong herd immunity for 70 percent pero again, ang tumong nato is 100 percent (we can achieve the 70 percent herd immunity. But then again, our aim really is 100 percent vaccination),” the official said in an interview on 87.5 FM Davao City Disaster Radio.

The National Covid-19 Vaccination Bayanihan Bakunahan will be a nationwide vaccination activity that aims to inoculate around 15 million people nationwide.

Dr. Janis Olavides, DOH-Davao vaccination team leader, said during a virtual presser on Monday, November 22, that the city is targeting to vaccinate 147,313 in three days. This is triple the 49,104 daily target.

Davao City, as of November 19, already had more than one million individuals jabbed for first doses of the Covid-19 vaccine.

According to the Davao City Vaccination Cluster, the city has already administered 1,010,811 first doses, while 908,101 second doses have already been administered.

The figure already includes those from the pediatric sector aged 12 to 17 years old.

Schlosser said the city is aiming to achieve herd immunity before the end of the year, but as much as possible, she said everyone must be vaccinated against Covid-19.

“As much as possible [there would be] no exemption. Mas maayo nga naa ta (It is better to have) extra layer of protection. Dapat mahibal-an sa katawhan nga (The public should be aware that) Covid[-19] is not going away. Mag-count pa tag (It would count) years to eradicate Covid[-19],” the health official said.

Davao City Mayor Sara Duterte-Carpio recently said the city’s continuous downtrend of active cases can be attributed to the large number of vaccinated individuals, resulting in the city being placed under a less restricted Alert Level 2.