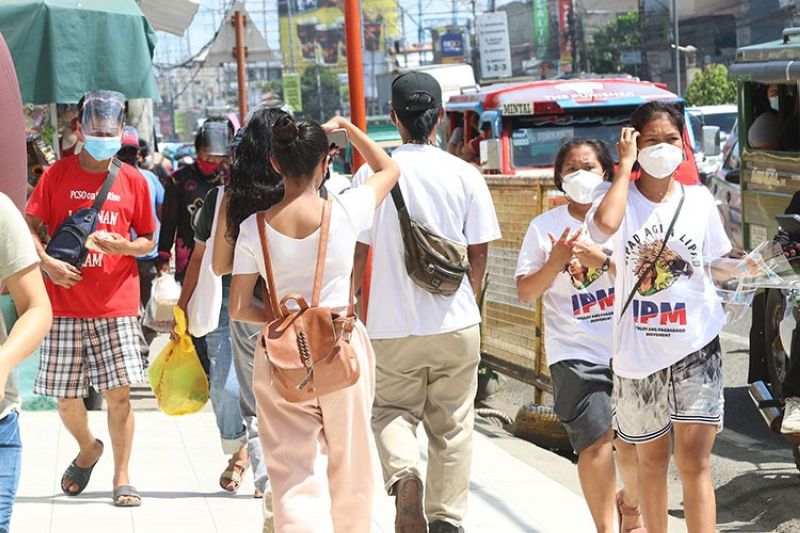 Duterte said in his public address aired Tuesday evening, November 23, that he wants people who refuse to get vaccinated against Covid-19 banned from entering restaurants and resorts.

“Kailangan talaga lahat mabakunahan. Ang mga ayaw, (There is a need to vaccinate everyone. Those who will refuse, they should not be allowed inside public restaurants or resorts because they are a threat to public health and the safety of the general public,” the President said.

Davao City Covid-19 Task Force Spokesperson Dr. Michelle Schlosser said in an interview on Wednesday morning, November 24, that the City has not yet issued any guidelines restricting those who are not vaccinated against Covid-19.

But she said it is possible that the City will be issuing an executive order on the "no vaccination, no entry" policy.

"Wala pa ta nag-abot sa punto nga naay mga (We have not reached the point of imposing) limitations and restrictions sa mga dili bakunado, pero dili layo na siya na mahitabo given na suportado siya sa atong President (to those unvaccinated, but it is not impossible that this will be imposed given the President is supporting the proposal)," Schlosser said.

The spokesperson also said that establishments are also given liberty to impose their own policy, despite issued guidelines from the government.

"Ang bawat establishments kasi (Every establishment), even though we have guidelines, pwede man gud sila mag-set og ilaha mismong (they can set their own) guidelines whatever is necessary for them and whatever is tan-aw nila na mas makaprotekta sa ilahang mga (they deemed it necessary to protect their) employees [and] clients," she said.

Davao City Mayor Sara Duterte-Carpio said previously that the city did not adopt the provision of the Alert Level 3, which only allows fully vaccinated individuals in establishments.

According to the Inter-Agency Task Force (IATF) for the Management of Emerging Infectious Diseases Resolution 144-D, establishments or activities are allowed to operate at a maximum of 30 percent indoor venue capacity but for fully vaccinated individuals only.

The mayor said this is because the vaccination cards could be fake, considering it has no verification element.

She also said this would prompt the local government to intensify its effort against fake Covid-19 documents, including the reverse transcription polymerase chain reaction (RT-PCR) test result.

Currently, the city and the entire Davao Region is under Alert Level 2 until November 30.

Under this alert level, restaurants and leisure spaces are allowed to cater to more clients.