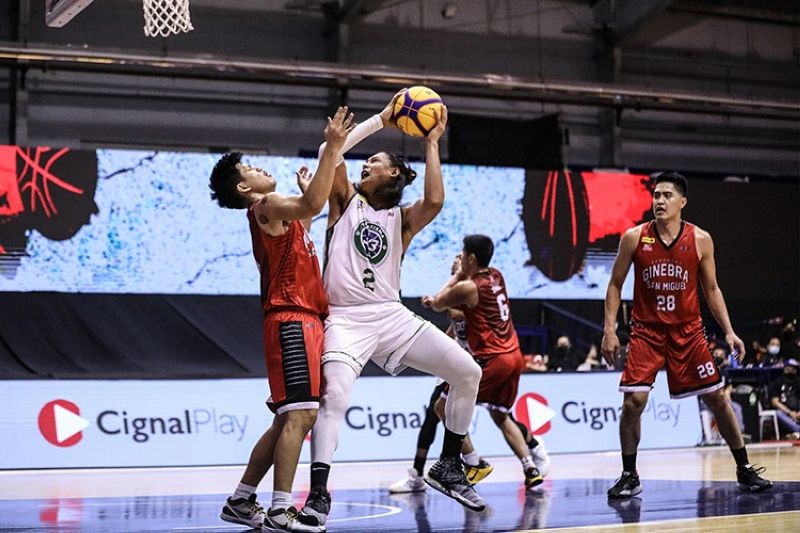 Terrafirma forward Roider Cabrera was instrumental in the team’s win over Ginebra on Wednesday night. (PBA)

Terrafirma forward Roider Cabrera was rushed to the hospital after he collapsed in the dugout not long after the Dyip won over Barangay Ginebra in the second leg of the PBA 3x3 tournament.

According to reports, the Dyip had just finished their postgame huddle after they defeated Brgy. Ginebra, 19-17, when the 30-year old sweet-shooting big man suddenly lost consciousness.

He was immediately attended to by medical personnel and brought to the hospital. Terrafirma governor Bobby Rosales relayed that Cabrera is under observation for the next 48 hours, and they are hopeful that the veteran forward will pull through.

The development was a bitter moment for Terrafirma, which had made it to the top of Pool B with a perfect 2-0 win-loss record. Cabrera was particularly impactful in their victory versus Ginebra as he scored 11 points, including the game-winner. (JNP)