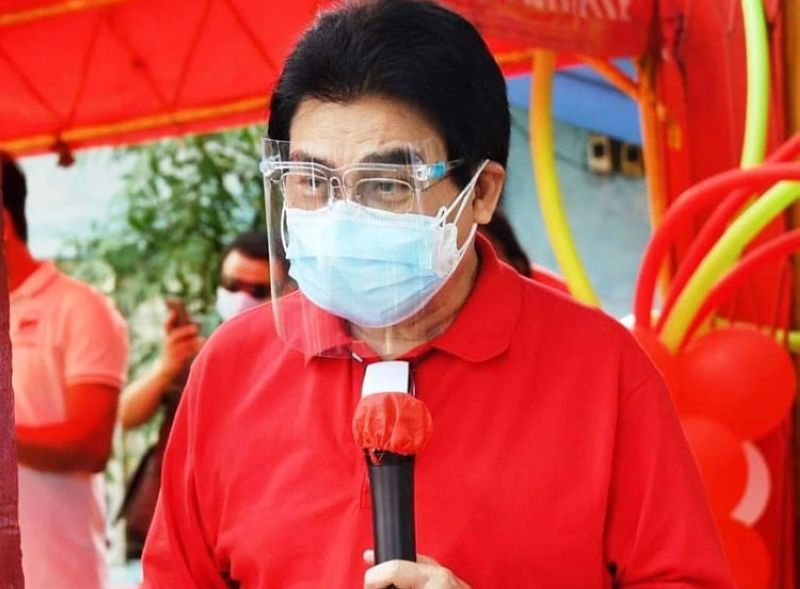 BACOLOD Mayor Evelio Leonardia sought the help of the Department of the Interior and Local Government (DILG) to direct the Provincial Government of Negros Occidental "to avoid implementing the S-Pass (Swift, Safe, Smart Passage) requirement" for the city-bound travelers via Bacolod-Silay Airport in Silay City.

Leonardia, in a statement, said he was compelled to make the move in a November 22 letter to the agency's regional director, Juan Jovian Ingeniero, after the Provincial Government stood firm with the imposition of an S-Pass for Bacolod City-bound passengers arriving at the airport.

Ingeniero is also the concurrent chair of the Inter-Agency Task Force (IATF)-Western Visayas for the Management of Emerging and Infectious Diseases.

The dispute between the City Government and Provincial Government stemmed from the latter's non-recognition of Leonardia's Executive Order (EO) 53, which was issued on November 14 following the downgrading of Bacolod from Alert Level 4 to Alert Level 2 effective November 15 to 30 by the IATF.

Contrary to the claims of Provincial Administrator Rayfrando Diaz II that EO 53 is illegal, Leonardia told Ingeniero that his order is in conformity and in compliance with the "Guidelines on the Implementation of Alert Level System for Covid-19 Response in Pilot Areas as of October 13, 2021" issued by the IATF.

Among the principal purposes of the mentioned guidelines as gleaned from its preamble clauses, the mayor continued, is to harmonize and codify existing guidelines of the IATF and member-agencies pertaining to community quarantine, which shall be applied to all regions, provinces, cities, municipalities and barangays placed under community quarantine.

In compliance with the Guidelines for Alert Level 2, Leonardia said EO 53 no longer required the S-Pass for all travelers bound for Bacolod City.

The Provincial Government, on the other hand, requires the S-Pass for all travelers coming in via the Bacolod-Silay Airport regardless of their vaccination status and despite the fact that they are inbound for Bacolod, he said.

This difference in travel documentation requirements has spawned confusion among the constituent-travelers of Bacolod, especially with the airlines.

The mayor further relayed to Malacañang and national government agency executives that “there is already a growing number of complaints from residents coming home to Bacolod that they are unable to secure their plane reservations on time because the airlines are still requiring them to submit the S-Pass per directive from the Province of Negros Occidental.”

Leonardia said that such a requirement in inter-zonal and intra-zonal travel is not covered in the IATF guidelines.

Bacolod City does not even require the S-Pass in its two major seaports -- Bredco and Banago -- because “we believe that the City of Iloilo observes the same procedure not only in the spirit of reciprocity but more particularly, because of aforestated purpose of the guidelines to harmonize, among others, the rules for inter-zonal and intra-zonal travels.”

“We believe that should the Provincial Government impose its own travel restrictions, the same should only apply to its own constituents,” he said.

More so that when Bacolod City, being highly-urbanized, is separate and independent of the province, Leonardia argued.

He said the Bacolod-Silay Airport, which Diaz claims to be under the Provincial Capitol, is actually regulated by the National Government.

"As such, the Provincial Government cannot claim to also impose its own EO against those travelers inbound for Bacolod City," Leonardia's letter further stated. (SunStar Bacolod)