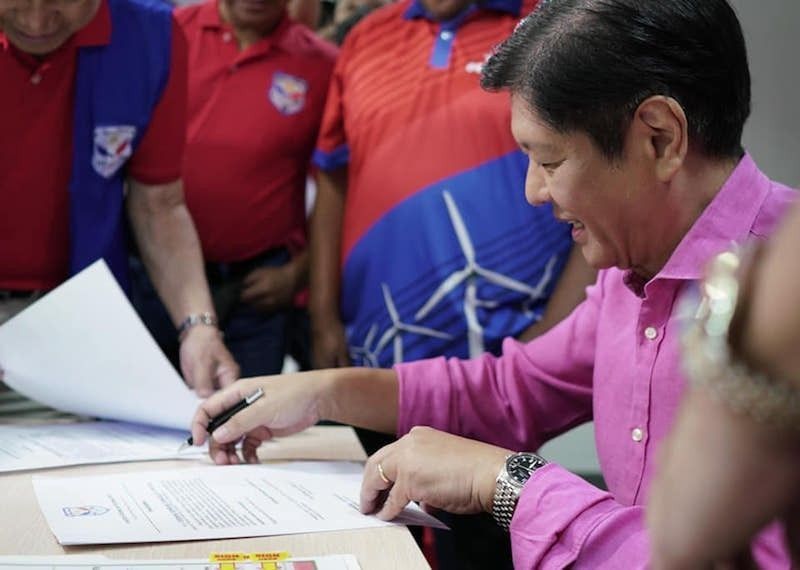 THE Commission on Elections (Comelec) Second Division has denied a motion to recall its order extending the deadline for former senator Ferdinand “Bongbong” Marcos Jr. to answer the petition seeking to cancel his certificate of candidacy (COC) for president.

In its three-page decision signed by Comelec Commissioner Socorro Inting on Tuesday, November 23, the Second Division cited Section 4, Rule 1 of the 1993 Comelec Rules of Procedure, saying it has “authority to suspend the reglementary periods provided by the rules in the interest of justice and speedy resolution of the cases before it.”

“Under this authority, the Commission is similarly enabled to cope with all situations without concerning itself about procedural niceties that do not square with the need to do justice, in any case without further loss of time, provided that the right of the parties to a full day in court is not substantially impaired,” it said.

“In view of the foregoing, the Commission (Second Division) hereby resolves to deny the motion for reconsideration filed by petitioners,” it added.

The petition against Marcos was filed on November 2, with the petitioners saying his COC must be cancelled as it contains “multiple false material representations.”

Marcos originally had until November 16 to answer the petition, but on that same day, his camp filed before the Comelec the request for extension. The Comelec granted Marcos a five-day extension on November 18, prompting the civic leaders to submit a motion to recall.

The petitioners, in their motion, implored Comelec “to hold in abeyance or suspend the effectivity of the assailed order to reconsider, recall and deny the same for being moot and academic.”

They cited Section 4(6), Rule 23 of the Comelec Rules of Procedure as amended by Comelec Resolution 9523, which provides for no ground for any extension of time to file a verified answer.

“The non-extendible period of five days is mandatory or peremptory in character, thus Marcos's failure to file his answer bars him from submitting controverting evidence or filing his memorandum,” they said.

They also averred that the period to file a verified answer had already lapsed, citing Marcos had only until November 16 to file an answer, but the order issued by Comelec was dated November 18, “therefore there was nothing to extend.”

The Comelec Second Division said, however, in its latest decision that the petitioners “suffered no damage,” as Marcos filed his answer on November 19, three days before the expiration of the extension given.

“A case is best decided when all contending parties are able to ventilate their respective claims, present their arguments and adduce evidence in support thereof. The parties are thus given the chance to be heard fully and the demands of due process are subserved,” the ruling stated. (SunStar Philippines)