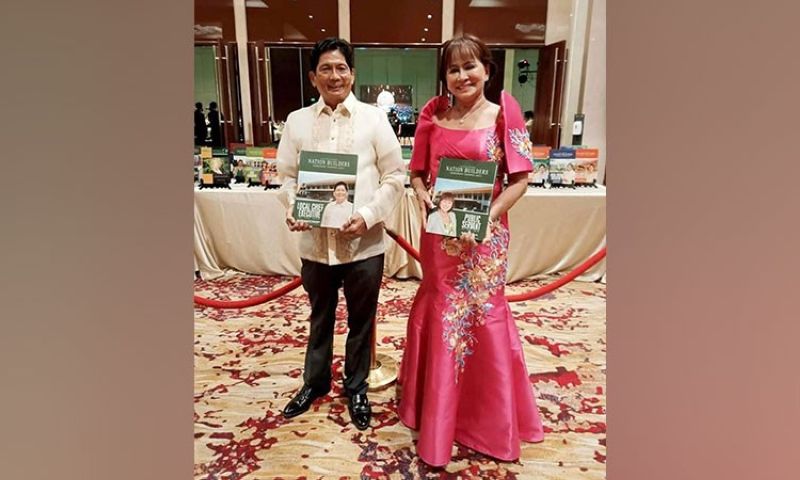 The annual event aims to recognize and celebrate local government units, businesses, organizations and individuals who help build a better nation and contribute in making their communities livable and sustainable.

Alejandrino was awarded the Local Chief Executive of the Year, while Arayat, under his leadership, was among the Most Sustainable and Livable Municipality of the Year.

Meanwhile, Madeth, who served as executive assistant to Governor Dennis Pineda and Alagang Nanay Program coordinator, was also named the Honorary Public Servant of the Year.

The couple expressed gratitude to the award-giving body for recognizing their efforts in assisting their townmates and making Arayat a better place to live.

Madeth, for her part, vowed to continue serving and assisting Arayateños in whatever capacity she and her husband both have.

Alejandrino, who is finishing his nine-year term on 2022, is eyeing the vice-mayoralty post, while Madeth is seeking to replace him as the town's chief executive in the coming polls.