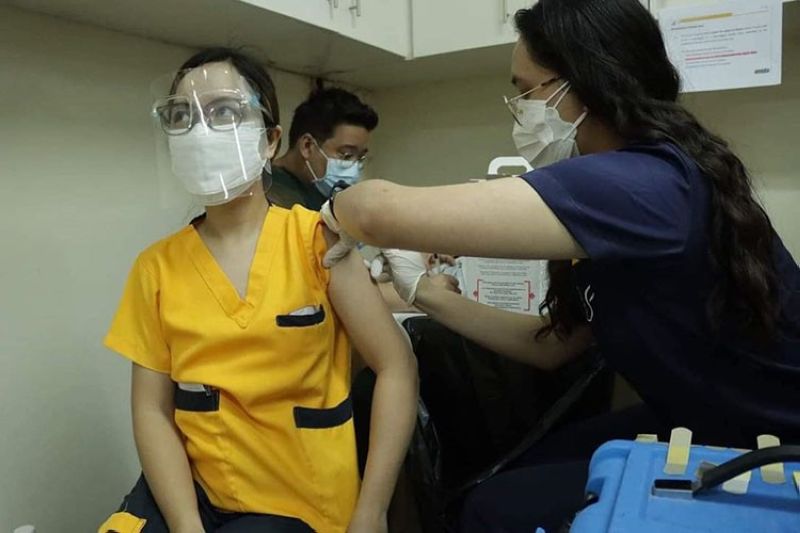 SOME 92 medical frontliners in Angeles City have received their booster shots against coronavirus disease (Covid-19) on Thursday, November 25, at the vaccination site in the City College of Angeles.

The doctors, nurses, and medical technologists who received booster shots Thursday were those who got their vaccines from the city’s vaccination centers last March and April.

Lazatin’s Chief Adviser IC Calaguas, also the chief implementer of the City Government’s vaccination program, said the giving of booster shots for the fully vaccinated healthcare workers will be done by schedule.

The staff of the Gender and Development Office led by Mina Cabiles is assigned to call the recipients for their designated booster shots schedule, Calaguas says.

According to Dr. Verona Guevarra, city health officer, the vaccine supplies are sufficient for their booster shots. (PR)