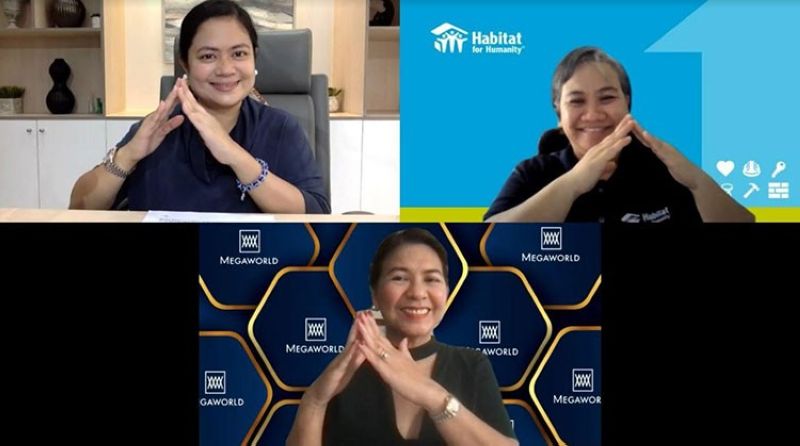 Palmares-Fong, in a statement, said the partnership with Habitat for Humanity is an opportunity for the company to realize its commitment to creating a better world for everyone.

“We are very excited about this partnership, as this will create a long-lasting difference in the lives of our partner families, who will live in the new community we will build with Habitat for Humanity Philippines,” she added.

Megaworld, the country’s pioneer developer of integrated townships, has launched 28 master planned townships all over the country so far.

Two of which are in Negros Occidental, including the 53-hectare, Beverly Hills-inspired Northill Gateway in Bacolod City.

The other development is the 34-hectare The Upper East, which was inspired by New York City’s affluent Upper East Side district, located at the boundary of Bacolod City and Talisay City.

Megaworld announced that the socialized housing project in the southern Negros Occidental locality, formally known as the Luis Jalandoni Village, will rise on a 3.4-hectare property in Barangay Ayungon.

The community will feature a total of 241 housing lots—230 of which will be built by Habitat for Humanity Philippines using the “Cement Bamboo Frame Technology.”

Other amenities that will form part of the community will include parks, a playground, and communal facilities, the firm said.

This project is part of the Negros Occidental Impact 2025 (NOI25), a project spearheaded by Habitat for Humanity and the Leadership Coalition.

It aims to build 10,000 housing units in sustainable communities that are clean, green, safe, disaster-resilient, and progressive where families enjoy security in their homes, it added.

Lala Baldelovar, chief development officer of Habitat for Humanity Philippines, who was also present during the virtual MOU signing, said the partnership with Megaworld will help informal settler families in La Carlota City to have safe and disaster-resilient homes that they can call their own.

“We are not just focused on building houses alone, but we are ensuring that the families who would be living in this community will be empowered to organized themselves into a homeowners’ association to further develop the community we have created with them,” Baldevolar said.

Fuentes, for her part, said this partnership will change hundreds of lives in La Carlota City.

“Thank you for helping us not just build houses, but build homes, and not just develop a site, but build a community. Thank you for responding to the call of helping vulnerable families in La Carlota have a decent home,” she added.

In August, Habitat for Humanity Philippines signed an MOU with the La Carlota City Government, represented by Mayor Rex Jalondo-on, which provided the site-developed land for the housing project.

Jalando-on said this marks the first time the local government will be providing complete house and lot units to low-income families of the city.

“The local government of La Carlota will be really happy to see Megaworld step in and confirm its commitment to build the first homes for this project,” he added.

Moreover, Megaworld said it is hoping to uplift and make an impact to the lives of Negrenses through this endeavor.

Alongside its ongoing township developments in Northill Gateway and The Upper East, the company maintains a committed vision towards long-term sustainability and economic growth through charitable projects and institutional partnerships, creating opportunities for all, it added. (With PR)