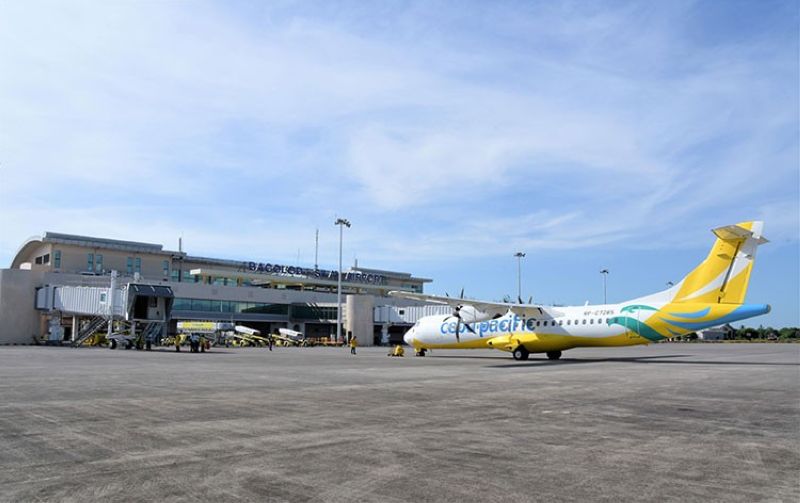 NEGROS. The Provincial Government of Negros Occidental is eyeing the resumption of flights between Bacolod-Silay Airport in Silay City and Clark International Airport in Pampanga maybe next month. (File Photo)

Diaz recalled that prior to the coronavirus disease (Covid-19) pandemic, the route was operated by Philippine Airlines and Cebu Pacific with a load factor average of 60 percent.

The tentative resumption of the scheduled flights to Clark will be sometime around the third week of December this year, he said.

The provincial administrator, however, noted that the airline companies are also cautious about resuming the flights fearing that they could lose money if there are only a small number of passengers flying the route.

"With the pandemic, they are currently not sure if they could hit the 60 percent load factor," he said.

Diaz said the Provincial Government also offered to both airlines if they could switch some of their flights originating from Manila with those from Clark for increased traffic at the Bacolod-Silay Airport.

But the airline companies refused, pointing out that Manila is still more viable for them, he said.

Based on the proposed resumption of trips, the flights from Clark bound for Bacolod can leave between 8 a.m. and 10 p.m. while the Bacolod to Clark flight can leave early afternoon.

Diaz said airline companies can operate three flights depending on which day they would choose, adding that resuming the Clark-Bacolod-Clark route would offer another option, and make the Negrenses' travels easier, comfortable and cheaper.

Meanwhile, the provincial administrator revealed that he did not approve the Safe, Swift and Smart Passage (S-Pass) application of former congressman John Orola for allegedly using a fake address.

"They are setting traps to hurl against the province," Diaz said, adding that Orola is from Manila City and used Silay Airport as his destination.

The former congressman could not be reached for comment as of press time.