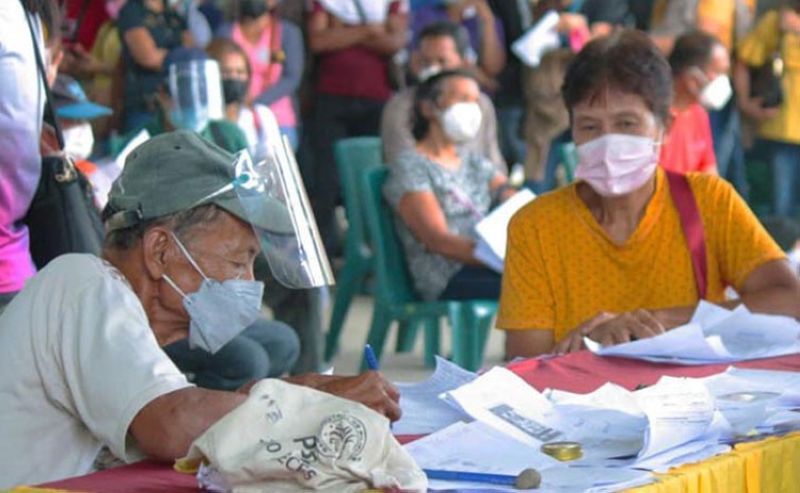 ZAMBOANGA. Some 1,391 farmers receive cash assistance through the Local Social Amelioration Program as the City Government reaches out all sectors greatly hit by the coronavirus disease 2019 (Covid-19) pandemic. A photo handout shows some of the beneficiaries filling up forms to claim their share of financial aid. (SunStar Zamboanga)

SOME 1,391 farmers have received cash assistance through the Local Social Amelioration Program (LSAP) as the City Government reached out all sectors greatly hit by the coronavirus disease (Covid-19) pandemic.

Mayor Maria Isabelle Climaco-Salazar said those who received the cash aid were from the first congressional district of Zamboanga City and comprised of the first batch of beneficiaries from the agriculture sector.

Salazar said the City Government has released over P2 million as each of the 1,391 first batch of beneficiaries received P1,500.

"The recipients were identified by the Office of the City Agriculturist, through the different agriculture districts," Salazar said.

The distribution of the LSAP to the first batch of recipients was held Tuesday, November 23, at the Zamboanga City East Central School, according to Salazar.

She said the recipients from the second congressional district will received their LSAP later this week.

The farmers are the latest group to receive cash assistance from the City Government through the LSAP amid the health pandemic.

The previous beneficiaries of LSAP were the senior citizens not recipients of social pensions, drivers of pedicab, public utility jeepney and tricycle, and the Lesbian, Gay, Bi-sexual, transgender, and queer (LGBTQ).