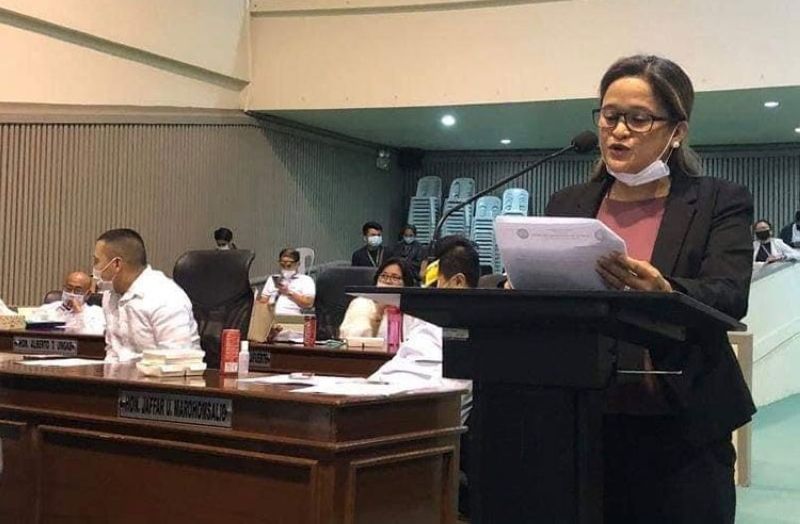 FOLLOWING the case of Bree Jonson and other crimes against women, Davao City Councilor Pamela Librado-Morata launched a 12-day campaign to end Violence Against Women (VAW) in Davao City.

Librado-Morata highlighted the death of Jonson in her privilege speech during the regular session of the City Council on November 23, 2021.

Jonson was found dead on September 18, 2021 in a hotel bathroom she shared with Julian Ongpin, son of business tycoon Roberto Ongpin.

Julian was recently cleared of drug possession by a La Union court.

Librado-Morata said that Jonson’s case is a glaring example of violence against women perpetuated by “misogyny and injustice.”

Davao City is part of the nationwide campaign, with the slogan “Filipino Marespeto; Safe Spaces, Kasali Tayo,” that seek stronger awareness on Republic Act 11313 or the Safe Spaces Act of 2019 that penalizes all forms of sexual harassment in streets and public spaces including online, workplaces, and educational training institutions.

“[VAW] is perpetuated by our society who favors those with influence over glaring evidence,” Librado-Morata stated in her privilege speech.

“Many [other] Filipino women suffer abuse on a regular basis and worst, death, in the hands of male perpetrators who are supposed to protect them,” she added.

The councilor also said that trafficking and prostitution are rampant in Davao City despite being illegal in the Philippines.

“In Davao City alone, it is estimated that there are around 4,000 prostitutes, 40 percent of whom are under the age of 18,” she said.

The current landscape of violence against women in the city pushed Librado-Morata to rally for stakeholders to involve themselves more in the campaign, stating that women are still victims of injustice and inequality despite existing laws in both the national and local level.

The nationwide campaign, spearheaded by the Philippine Commission on Women in collaboration with the Inter-Agency Council on Violence Against Women and Their Children, will commence on November 25, 2021 following 18-day “Campaign to End VAW” activities.