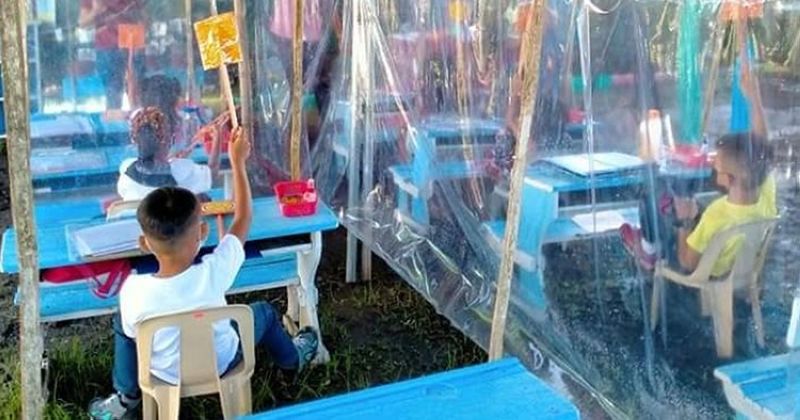 EIGHT additional schools in Davao Region will be allowed to conduct limited face-to-face (F2F) classes, an official from the Department of Education (DepEd)-Davao said.

Farnazo did not name the seven schools in Tagum yet, but he disclosed that Faith International Academy in Davao City has been selected to be the first private school in the region to kick off the limited F2F classes.

The official said Faith International, which will resume its operation on Monday, November 29, passed the criteria after their ocular inspection wherein officials were “more than satisfied” with the school’s new normal setup.

"Initially, nagsugod na unta sila 'tong Lunes [November 22] (They initially planned to start on Monday, November 22). But they have not started yet because they have prior activities planned," Farnazo said.

The seven other public schools in Tagum City will start on December 6.

Farnazo said the eight schools were originally part of the first batch of schools in the region allowed to conduct F2F classes, but they had to postpone their reopening due to the surge of cases in the area.

He said the continuous downtrend of cases in the region is the reason why the seven schools in Tagum qualified.

The pilot implementation of the limited F2F schools in the country started on November 15, wherein eight schools in Davao Region were selected to resume their physical classroom setup after nearly two years since it was suspended.

Farnazo said they had to plan out the resumption of the F2F classes to ensure that this will not be a super spreader activity.

The official added that the pilot implementation will help bring back the confidence of the students.

He said minimum health protocols will be strictly observed in the implementation.

Currently, 100 public schools in the country, coming from areas classified as low risk for Covid-19, had resumed operations after more than a year since the physical classroom setup was suspended.

But DepEd said it may add more to the list should President Rodrigo Duterte allow more schools to open as the Covid-19 situation in the country improves.

The pilot run will be assessed by the end of December and will end on January 31, 2022.

By February 2022, the DepEd, after the evaluation and assessment of the initial pilot run, will present to Duterte the expansion of in-person classes, which is targeted to start on March 7, 2022. (With reports from Mark A. Perandos)