SABLAN, Benguet – Governor Nestor Fongwan is batting for clean, potable water in every school in the province stressing students risk acquiring kidney diseases as long as they don’t have access to this resource.

“It may be difficult to put up water fountains in all 400 schools in the province but we will try our best,” Fongwan said.

According to the governor, bacteriological lab tests will be conducted and once a school’s water resource is given a clean bill, a water fountain with a built-in cooler will be provided to service students.

Fongwan expressed alarm over the increasing rate of dialysis patients in the province.

“And these patients keep getting younger. I hope that with clean and potable water in our schools, kidney diseases will be prevented as well,” the governor said.

He added the Provincial Government will look for possible partners to help provide water fountains to all schools in Benguet.

Fongwan spoke to residents in Barangay Banangan as the Jaime V. Ongpin Foundation, Inc. inaugurated the newly-rehabilitated water system of the community.

Reynaldo Bautista Sr., president of JVOFI, expressed optimism over the water project and challenged the community to sustain the project the non-government organization started.

“This project is a continuing partnership with the Province of Benguet which we forged when [Fongwan] was on his last year as mayor of La Trinidad. We hope you take care of it and be able to generate income for your community through the proper management of the system,” Bautista said.

Both Fongwan and Bautista also underscored the importance of watersheds and protecting communal forests to the sustainability of a community.

“Where there are trees there is water,” Bautista said.
The JVOFI project is actually a grant from the European Union’s “Saving the Benguet Watersheds for Water” action for the Philippines.
style="display:block; text-align:center;"
data-ad-layout="in-article"
data-ad-format="fluid"
data-ad-client="ca-pub-2836569479021745"
data-ad-slot="1977900730"> 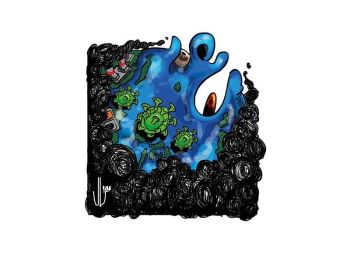