Its Changi International Airport has been consistently judged the best airport in the world for many years running. Environment-conscious policies. Check. Name it, and this giant of a city-state no bigger than 277 square miles has it and more.

Singapore. Its rise in the world stage as a paragon of effective and efficient governance is second to none. As an outsider looking in, sustaining its status as such is a reverberating economic tiger’s roar heard around the world. Not only is it an economic miracle, it is— most importantly— a melting pot of cultures where peaceful coexistence seems to be the norm among its vastly different populace.

With Singapore leaping ever so forward, practically leaving its neighbors in Southeast Asia in the dust, it is wonderfully amazing to know that it took the time to slow down and stopped the hands of progress by preserving a pocket of its former self.

Pulau Ubin, an island off eastern Singapore, considered the last “kampung” (village) has been left untouched. A stroll through this land takes you back to the Singapore in the1960s when everything was simpler, and life was quieter.

Most probably an important way for the people of the city-state to pause and slow down, go back to the past and get a clearer perspective of where they are heading – a sort of venue for national introspection understanding one’s roots before setting foot in the future.

I never tire of going back to the Lion City. There are so many new things to see and try. For this sojourn, we did not miss the opportunity to savor the sumptuous preparations of celebrity chefs David Myers at Adrift, Gordon Ramsay's Bread Street Kitchen and Mario Batali's Osteria Mozza—all conveniently located at the Marina Bay Sands.

And, meeting up with my former student, Jimmy Serran, who is now based in Singapore who treated us to a most delicious dinner at Marché, was such a welcome adventure.

Fifty golden years don’t seem to be much, but in this short amount of time, Singapore’s leaders and the unquestionable political will that define them, has done more to its society in general and its economy in particular what many other countries wouldn’t be able to do in 500 years. It is a veritable laboratory for others who would want to get there and reap the benefits that come along with it.

It is most definitely the gold standard for every economy. And who says that not everything that glitters is gold? In the case of Singapore and everything and anything to do with it is certainly gold. The golden jubilee it just celebrated just lent legitimate credence to its shining luster. 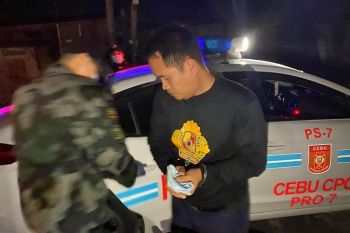