MANILA (Updated) -- President Benigno Aquino III has appealed to the Chinese Government to commute the death sentence of a Filipina drug mule who is set to be executed next week, Malacanang said Thursday.

Presidential spokesperson Edwin Lacierda, quoting Foreign Affairs spokesman Raul Hernandez, said that Aquino has written a letter of appeal requesting the commutation of death sentence of the Filipina, who was found guilty of trafficking six kilograms of heroin into China.

The letter of appeal was sent Thursday through the Philippine Embassy in Beijing and the Chinese Embassy in Manila, he said. 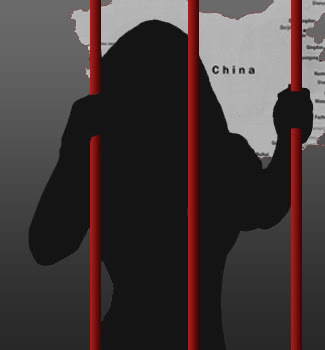 Hernandez said that the 35-year-old Filipino woman was convicted for smuggling 6.198 kilos of heroin in China.

She was apprehended in January 2011 at an international airport after authorities found the heroin in her luggage. She was with a Filipino male companion, who was also caught carrying 6.171 kilos of heroin in his own luggage. The companion was sentenced to death with a two-year reprieve.

According to Hernandez, the Supreme People's Court (SPC) in Beijing affirmed on June 26 the lower court decision sentencing the Filipino national to death for drug trafficking.

"The death penalty will be carried out anytime between today, June 27, and July 2," he said.

The official said that the Filipina's family has already been informed of the SPC decision and they requested that their privacy be respected during this very difficult time.

Arrangements are being made for them to depart for China at the soonest possible time, in order to visit and see their loved one, he added.

He said the Philippine Government makes sustained representations with the Chinese Government at all levels and exhausts all legal remedies to seek mitigated sentences for Filipinos on death row.

As of June 2013, there are a total of 213 drug-related cases involving Filipino nationals in China. Twenty-eight of these cases resulted in death penalty convictions with two-year reprieve, 67 in life imprisonment, 107 in term imprisonment and 10 still pending at the courts.

Hernandez said the Philippines respects Chinese law and the verdict of the SPC on the case of the Filipina.

"The Philippine Government itself has a strong anti-illegal drug policy, and is closely cooperating with law enforcement agencies in China and in other countries on efforts against drug trafficking," he said.

The DFA official reiterated the government's appeal to all Filipinos not to allow themselves to be involved in drug trafficking and to be extremely cautious when dealing with strangers in airports and other areas of transit.