THE DEPARTMENT of Tourism (DOT) and business sectors said Cagayan de Oro City remains safe despite the July 26 bombing incident in a business establishment here that claimed eight lives and injured 46 others.

DOT Regional Director Catalino Chan, in a statement, said the blast might affect the tourism industry in the region.

Chan believed that the bombing incident was not a terror attack but an isolated case and the city will definitely recover from the damage caused by the blast.

“We cannot prevent incidents like that to happen, such happens anywhere in the world,” he said.

He is encouraging everyone to bring back the confidence of the tourists by assuring them that the city is safe.

However, Chan emphasized that Cagayanons should be more safety conscious and alert. “We should be watchdogs of the city too, and not just leave (safety) to police authorities,” he said.

Misamis Oriental Vice Governor Joey Pelaez said it is too early to speculate on the motive of the blast but agrees with Chan that the city remains safe, citing that this is the first time the city experienced such tragedy which killed several individuals including his colleague and a good friend, Misamis Oriental board member Roldan Lagbas.

Pelaez denounced the suspects behind the bombing and urged the police to speed up probe that can lead to their arrest. Doing so can help the city recover from the damage in bringing back the confidence of tourists and investors to do pleasure and business.

Former Senator Manny Villar who came to the city on Saturday, the day after the bombing, gave his full confidence in the city as he opened his new condominium inside Lim Ket Kai center.

Villar did not cancel the launching of his new condominium adding that he is not cowed by the attack.

“Business as usual and life goes on. If we show them (the people responsible of the blast) that we are threatened they will be victorious in sowing terror in the city, Villar said.

He said his partnership with Lim Ket Kai still proves that the city is safe from any harm.

Albino Lim Ket Kai, owner of the 40-hectare land where upscale establishments stand, said that he is not worried over the possible economic backlash of his business.

“People came to party in our place because they believed that they were safe here. It just so happened that people who wanted to do bad things targeted my area, and we cannot do anything about it,” Lim Ket Kai said.

“The attack is not my loss. It is the city’s loss as they failed to secure the city from the attackers,” he added.

Limketkai said he will intensify their security measures to bring back the confidence of the Kagay-anons to their establishments.

He said state-of-art CCTVs will be placed at the entrance and exit areas of Lim Ket Kai center.

“I will also be strict in the flow of the crowd inside my businesses; big events must have full security measures,” he said.

Cagayan de Oro City police Director Graciano Mijares said metal fragments found on the blast site and examined by the National Bureau of Investigation (NBI) revealed that an 81-mm mortar was used by the lone suspect.

He said the improvised explosive device was fashioned from an 81-mm mortar shell and was detonated using a mobile phone.

“The bomb is detonated by mobile phone. We think the suspect detonated the bomb minutes after he left Kyla’s Bistro,” he said.

Mijares said they believed that there was only one bomber who planted the mortar bomb at Kyla’s Bistro last Friday night.

Police released three different computer drawings of the suspect based on the general descriptions of the witnesses and the images taken by the CCTV cameras.

Mijares assured the people that the bombing incident will not happen again.

Security of the city will be his main concern and he urges the people to also help by being on guard always.

Mijares also urged individuals to stop circulating threatening messages that will cause terror.

Mijares said these messages will not help the image of the city.

“Let us also put in mind that investigations are still ongoing and there is no lead yet to the suspects,” he added. 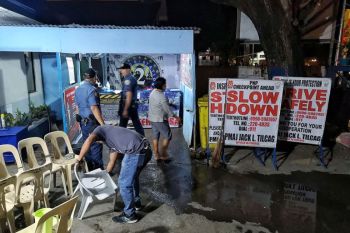 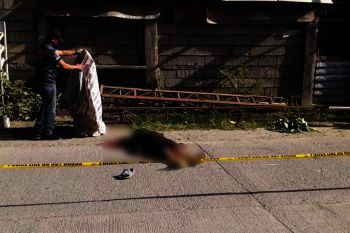 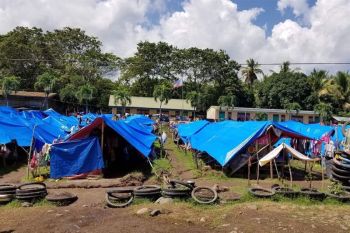