Bayawan City under state of calamity

DUMAGUETE CITY -– The City Council of Bayawan, Negros Oriental passed on Monday a resolution declaring the city under a state of calamity following the massive flooding that left a trail of devastation behind over the weekend.

The council met in its regular session Monday afternoon to discuss immediate relief and rehabilitation measures for the city to undertake following Sunday’s unprecedented flooding that displaced thousands of families, left six people dead, and three others still missing.

Councilor Luis Sumalpong said there was no opposition to the declaration of the state of calamity which will allow the local government unit to use its calamity fund.

It was not immediately known how much of the city’s calamity fund will be used for relief and rehabilitation purposes.

Cindy Hisona Salimbagat, public safety officer and head of the Bayawan City Disaster Risk Reduction and Management Council (CDRRMC), said around 11,000 individuals or 2,000 families were evacuated or rescued at the height of the flooding Sunday.

They were brought to various evacuation centers in the city, such as the Bayawan gymnasium, the city’s Internal Business Center and the Negros Oriental State University campus in the outskirts barangay of Villareal.

Six bodies were recovered after the floods subsided Monday, two of whom were identified, four others still unidentified, while three more are still reported missing as of this posting Monday.

One of the identified casualties was Police Officer 1 Rodelyn Gonzaga, a member of the Philippine National Police Special Counter-insurgency Operations Unit Training Class 40-2013, who was involved in rescue operations when he was carried away by strong floodwaters.

Gonzaga apparently got separated from a lifeline while attempting to rescue some trapped residents in a coastal area in Barangay Villareal, Bayawan City last Sunday.

Superintendent Renato Dugan, Central Visayas police regional spokesperson, said Gonzaga was one of the 72 non-commissioned police officers who were pulled out from their anti-insurgency training to help in the rescue operations.

The Negros Oriental Provincial Police Office had asked for an augmentation force from the regional headquarters.

The police official said Gonzaga, 29, had managed to save several people from being washed away by the floodwaters, when strong waves hit the area.

A day later, Gonzaga was found by Randy Salvero, 37, floating in the sea. He was brought to the hospital, but was already unresponsive.

The other casualty was identified as Ronald Garganian, 14 years old.

Both bodies were recovered separately in Barangay Villareal, Bayawan City.

As of Monday, many families had already returned to their homes even though the City Government had not given an official advisory that it was safe for them to leave the evacuation centers, said Salimbagat.

She admitted that officials fear a possible repeat of the weekend flooding because of another typhoon that has entered the Philippine area of responsibility.


Despite the weather lifting up Monday, many parts of Bayawan City were still flooded.

Officials could not yet make an immediate assessment as to the extent of the damage left behind by the flooding but it would definitely run to millions of pesos, they added.

Representative Pryde Henry Teves of the 3rd district, whose coverage area includes Bayawan City, said at least three major bridges have been affected by the flooding, which was caused by continuous rains for about three days since Friday.

The Department of Trade and Industry provincial office also proceeded to Bayawan City and adjacent towns to check on commodities and inspect business establishments as well as determine if there was hoarding or unusual rise in the prices of goods.

The city is still without electricity and water supply after these utilities were affected by the flooding.

Salimbagat said Mayor German Saraña was going around with a team of engineers and other officials for an assessment of the devastation in what residents say was the biggest flood ever in Bayawan City for several decades.

An aerial survey was also made on Monday after the Philippine Air Force deployed helicopters to Bayawan, she added. 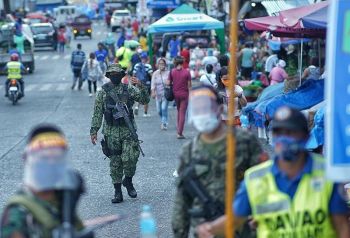 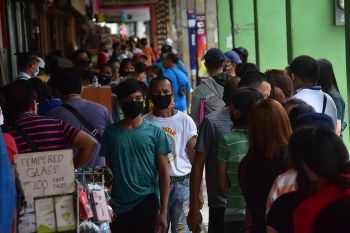 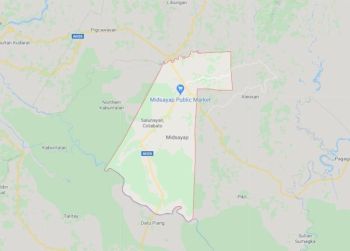