The sea creature, believed to be 10 meters in diameter with approximately 10 tons in weight, was identified by an Italian environment activist as a “sperm whale,” but a top official of the Bureau of Fisheries and Aquatic Resources in the province said it is not.

Some fisherfolk, meanwhile, believed it was a giant squid because it has a reddish flesh. 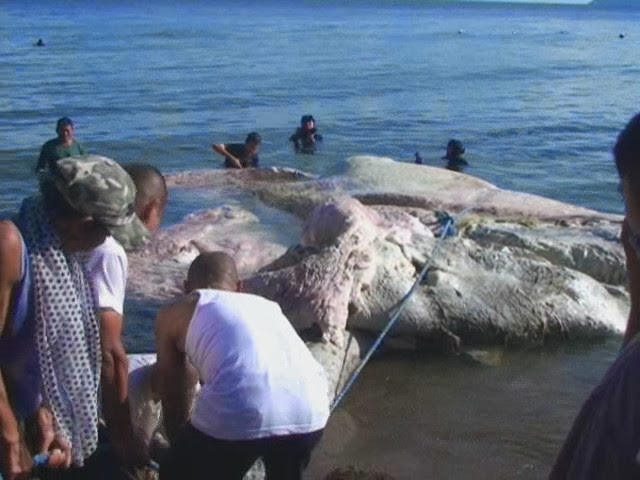 DUMAGUETE. A giant "sperm whale" found in the seashore of Masaplod Sur village in Dauin town Wednesday afternoon. (Victor L. Camion)
But Italian scientist Alezando Foso said it was a sperm whale that died due to injuries after it was believed to be bumped by a ship more than three weeks ago.

He also said that some parts of the “whale” were already dislocated due to an impact.

Foso also said that the whale is about 60 years old and living in the Tañon Strait protected area.

The body of the giant creature was brought to the Silliman University Laboratory for further study. (Sunnex)