CEBU -- Residents from nine coastal villages in Naga City, where Tropical Storm Basyang is expected to pass on Saturday morning, were advised to evacuate their homes Friday afternoon to avoid possible storm surges.

Oscar Tabada, station chief of Philippine Atmospheric, Geophysical and Astronomical Services Administration (Pagasa)-Mactan, said the tropical storm will be in the vicinity of Naga City, Cebu on Saturday morning, and may cause flooding and storm surges of up to 1.8 meters high.

Storm surges happen when the weather disturbance produces a rise of water way above the predicted astronomical tide, according to the United States National Weather Service.

Hilado said that they are now preparing the equipment needed in case the city will experience extreme floods and landslides.

As of this posting, the LDRRMC is spreading the advisory.

On its Twitter account, the Cebu Provincial Government said the local disaster risk reduction and management offices (LDRRMC) in the south are advised to take a mandatory pre-emptive evacuation tonight, January 31, for possible storm surges.

In its 4 p.m. update, the weather bureau said Friday that Basyang was located at 201 kilometers (km) east of Surigao City, Surigao Del Norte.

Carrying maximum sustained winds of 65 kilometers per hour (kph), the tropical storm is forecast to move west at 30 kph. It is expected to exit the Philippine area of responsibility by Monday morning. 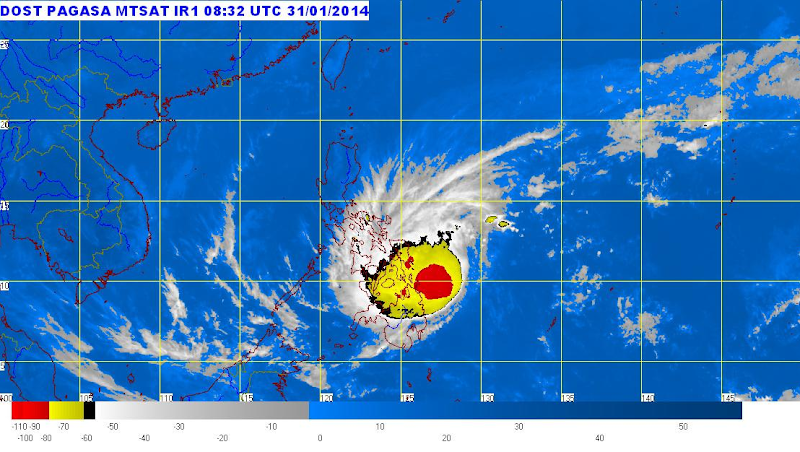 Meanwhile, the Department of Education in Central Visayas advised the local government units (LGUs) to suspend classes, as of Friday.

DYLA, in its Facebook page, also said the Department of Education in Central Visayas (DepEd-7) regional director Carmelita Dulangon said the decision to suspend classes is now delegated to the chief executives of the different localities.

Dulangon said they are coordinating with the different LGUs right now. So far, only Cebu City made formal announcement of suspension of classes tomorrow.

DYLA posted on its Facebook account that Saturday classes in all levels (private and public) in Cebu City are cancelled, according to Cebu City Councilor Dave Tumulak as ordered by acting Mayor Edgar Labella during the meeting of the Cebu City Disaster Risk Reduction and Management Council (CDRRMC). (NMP/JAC/Sunnex)