THE Philippines showcased its appreciation to Germany, among the countries that extended help after typhoon Yolanda (Haiyan) hit the country, through launching a series of billboard messages in Berlin.

Typhoon Yolanda struck Visayas in November 2013, killing thousands of people. Germany was among the foreign countries that sent aid to the affected areas.

As part of the global campaign, billboards with the messages "Die Philippinen Sagen Danke! (The Philippines says thank you!)" and "Sie machen den Unterschied (You're making all the difference)," were displayed at Kurfurstendamm, Berlin City West's main boulevard and at Potsdamer Platz, Berlin's central square. 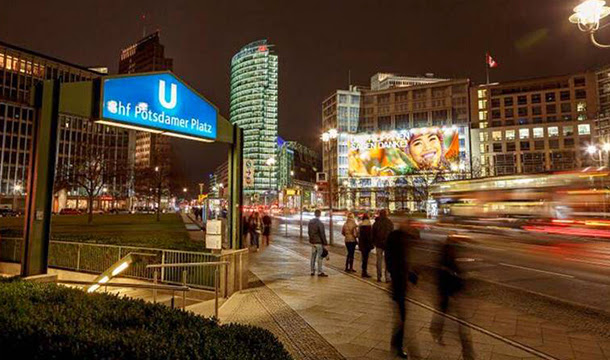 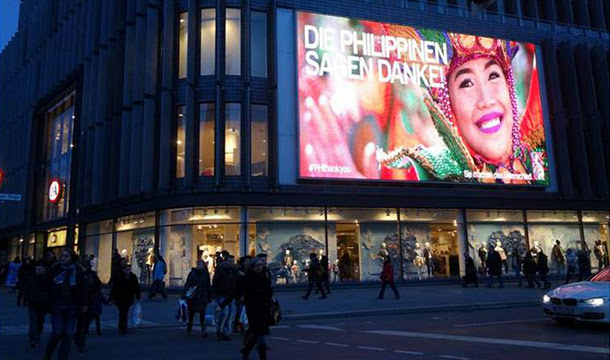 The DFA said the billboards will be up in the streets of Germany until the end of February. (NMP/Sunnex)

View Comments
Disclaimer
SunStar website welcomes friendly debate, but comments posted on this site do not necessarily reflect the views of the SunStar management and its affiliates. SunStar reserves the right to delete, reproduce, or modify comments posted here without notice. Posts that are inappropriate will automatically be deleted.
Forum Rules
Do not use obscenity. Some words have been banned. Stick to the topic. Do not veer away from the discussion. Be coherent. Do not shout or use CAPITAL LETTERS!
Trending
Bacolod
Ombion: On Negros Island Region
Bacolod
Negrense planter named SRA Board Member; vows to unite planters, protect small farmers
Bacolod
Calatrava farmers get over P20M in agri projects