A TOTAL of 36 fishermen from oil spill-hit towns of Batad and Estancia in Iloilo province were seized for illegal fishing.

The fishermen were caught engaging in Danish Seine fishing in two separate operations at 2.22 kilometers off Gigantes Island and 4.35 kilometers off Sicogon Island in Carles town.

In a report, the Iloilo Provincial Banray Dagat Task Force said the illegal fishers were onboard F/B Ronald owned by Ronald Villanueva of Villa Peterna, Estancia and F/B Triple-J owned by Rommel Agravante of Alinsolong, Batad.

The vessels and other fishing paraphernalia are now under the custody of the task force, while the fishermen were detained at the municipal police station of Carles. 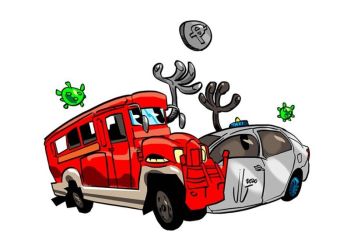