CEBU CITY -- Two graduates from Cebu, a former seminarian and a woman who was seven months pregnant when she took the exams, made it to the top 10 of the 2013 Bar exams.

Both Gephart and Sarausad, in separate interviews, admitted they prayed to become topnotchers. They had joined 5,293 graduates who took the exams during four Sundays last October.

“I hoped and secretly prayed to land in the top 10. I did not tell anyone about my aim because I would sound boastful,” said Gephart, 28. “In the churches I visited, I always prayed, ‘Lord, can I be on top?’”

Former seminarian Sarausad, 28, who hails from Carcar, said: “I prayed, but I did not expect.”

Opportunities open for a topnotch law student, they both said. They further said support from their families and friends made them determined to pass the exams. 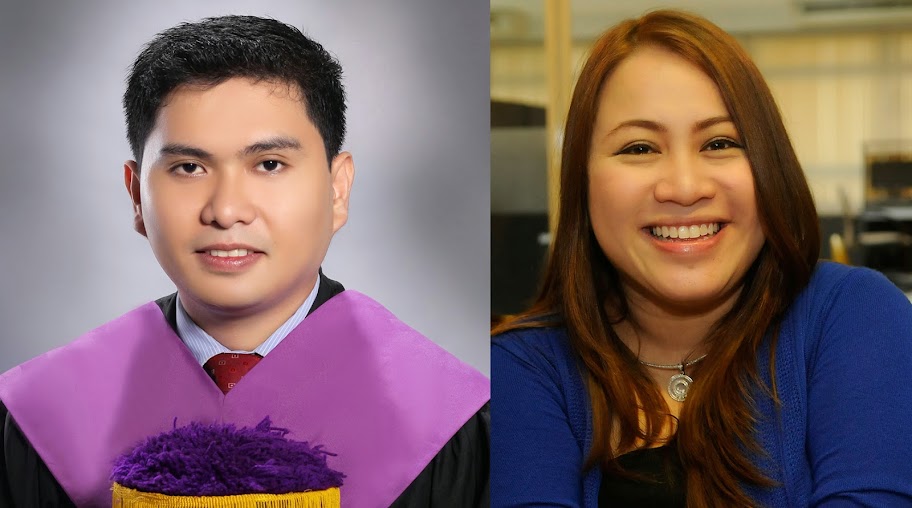 Gephart, a resident of Barangay Banilad, Cebu City, dreams of becoming the Supreme Court chief justice someday. She took the exams while she was seven months pregnant. (She has since given birth to a girl, Nicola Karyss.)

“I fought off morning sickness and stomach pain,” she told Sun.Star Cebu. “I was really determined to pass the exams because it would be hard for me to take it again when my daughter is already born. I would be busy taking care of my daughter then.”

She said she found some remedial law questions difficult, while Sarausad said he stumbled on mercantile and taxation laws.

Supreme Court Associate Justice Arturo Brion said the latest passing rate of 22.18 percent is a significant jump from the 17.76 percent passing rate in 2012, a 12-year low. Brion chaired the 2013 Bar.

The successful applicants will take oath as new lawyers in the Philippine International Convention Center in Manila on April 28.

UC President Augusto Go said he is glad about the achievement of Sarausad, who is the third topnotcher the UC law school has produced since it opened in 2002.

He said he will give a brand new Toyota to Sarausad and UC College of Law Dean Baldomero Estenzo.

“This is my way to encourage students to study hard,” said Atty. Go. “We are very happy and proud.”

Go added that law schools should be ranked by the Supreme Court to encourage other schools “to strive to be better.”

Estenzo said that Sarausad was among the 11 of 31 bar takers from UC who passed the exams. He described his former student as being the silent type.

“I didn’t even notice him asking questions during my class,” said Estenzo.

Meanwhile, USC law school Dean Joan Largo said that 47 of 58 students passed the bar, for a rating of 81.03 percent for the college.

“It is really a good performance,” she said.

Largo said she always told her law students to “embody excellence with virtue” if they become lawyers. She also said that Gephart, who plans to focus on corporate law, can teach at the USC law school, if she wishes.

Dizziness caused by her pregnancy forced Gephart to attend a review class in Manila for just a day. She thanked her husband, Kark Philip, for taking care of her.

Gephart had taken up management economics at Ateneo de Manila University, while Sarausad completed his undergraduate studies in the seminary run by the Redemptorist Congregation in Cebu City.

After he graduated with a degree in philosophy in 2006, Sarausad dabbled in teaching high school students. He left teaching and enrolled at UC law school two years later.

“I almost pursued the priesthood,” he said. “But I realized my calling was in another field.”

Both Gephart and Sarausad said they were inspired by their fathers to get a law degree.

Sarausad’s father, Manuel Jesus, earned a law degree at the University of the Visayas, but did not take the bar due to financial difficulties.

“He said ‘Pick what you want, not what will make you rich. If it is your passion, you will really enjoy it and money comes afterwards,’” she said.

Allan Emigidio, an engineer, said he hopes his daughter will serve her fellow Filipinos well. Gephart’s mother is in the US.

Sarausad, who has two daughters with his wife Liezl, said bar takers should not lose hope if they fail to pass the exams during their first attempt.

Cebu City Medical Center (CCMC) Personnel Services Division Chief Rey Cris Panugaling, 28, is one applicant for whom the 2013 Bar was the second attempt.

“I feel like I’m on cloud nine,” Panugaling said upon learning he was among the passers.

Mayor Michael Rama said he is proud of Panugaling and Acting City Accountant Mark Rossel Salomon for juggling their work in City Hall with their review for the exams.

Panugaling recalled he grew more inspired to take the exam after what happened to CCMC after the October 15 earthquake.

“I saw the picture of what happened in Cebu, to CCMC in particular, and it pained me. It pushed me to study hard to pass the exam,” Panugaling said.

Dr. Gloria Duterte, chief of the CCMC, said that Panugaling always shows excellence in all the things he does for the hospital.

“I cannot contain my happiness because he has been so dedicated to CCMC,” said Dr. Duterte. She hopes Rama will let Panugaling stay and continue to serve CCMC. Panugaling hopes the same, too.

“I feel CCMC needs a full-time lawyer,” he added.

Mayor Rama said he is open to extend incentives to the two new lawyers from City Hall and the two topnotchers from Cebu schools. (Sun.Star Cebu)