LEYTE -- With barely a month before the next typhoon season and with thousands of typhoon survivors still forced to live in flimsy, temporary shelters, residents from six of the most vulnerable villages in Tacloban City will not be caught unaware again after simulating a contingency plan for a storm surge and a Yolanda-scale disaster.

"The population in Tacloban City swells to up to 1.2 million during weekdays because of workers and students coming from neighboring towns. We cannot risk these million lives by leaving them unprepared for future calamities," said Justin Morgan, country director for Oxfam in the Philippines. 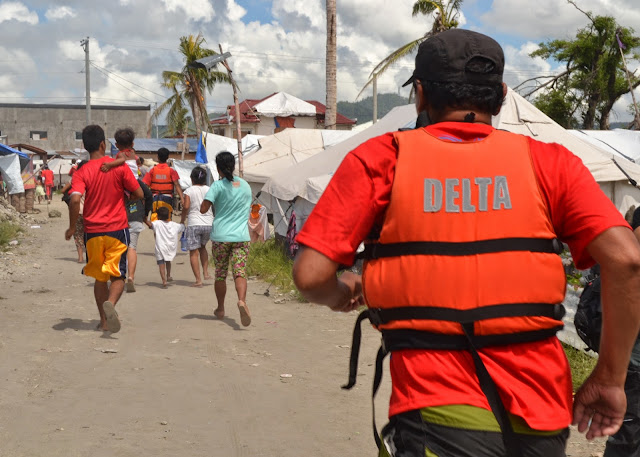 The activity was a first for the region after Yolanda made landfall more than six months ago.

The training ended Friday in an actual community-wide drill at Sitios Costa Brava and Mahusay, two of the most devastated coastal areas in Barangay 88 where around 1,000 people died in last year's typhoon. 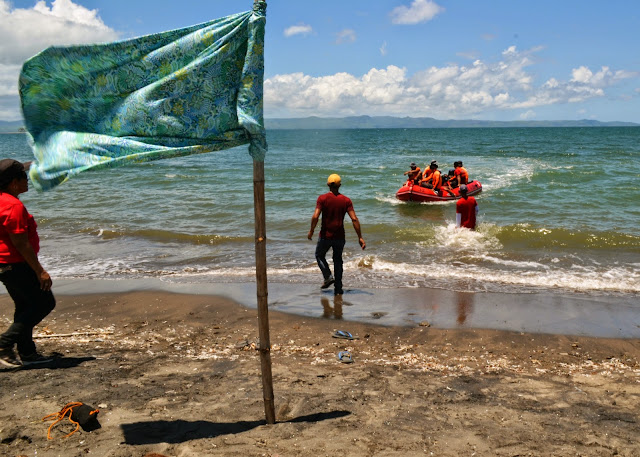 TACLOBAN. Philippine Coast Guards simulate a rescue mission as part of the storm surge drill. (Contributed photo)
Over 100 individuals from the most high-risk and vulnerable households participated in the event.

Oxfam, together with the Office of the Civil Defense, the City DRRMO, the Philippine National Police, the Bureau of Fire Protection, and MVERT will also be organizing a series of similar disaster preparedness training in high-risk, vulnerable barangays across Eastern Visayas.

"Early disaster preparations and speedy evacuations helped saved 800,000 lives from perishing when the deadly Typhoon Haiyan hit the country, but thousands of lost lives and the massive destruction are warning signs pushing for a scaled-up preparedness for future calamities," said Morgan.

"We will be working closely with our partner local government units (LGUs) and communities across Eastern Visayas, Eastern Samar, Northern Cebu and Western Leyte for contingency drills and evacuation planning in the next two months," added Morgan. 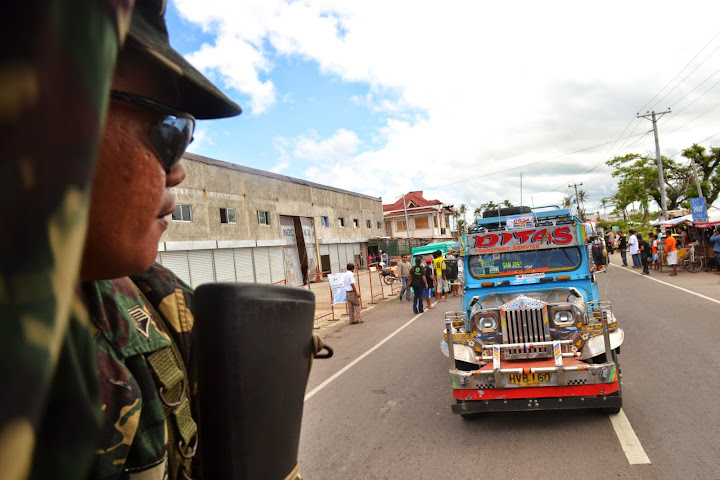 TACLOBAN. The Philippine Army took part in the community-wide drill, which included commandeering jeepneys to take the participants to the targeted evacuation center. (Contributed photo)
Morgan added: "There is also a real concern now, as many of the evacuation centers saved lives during Typhoon Haiyan were damaged, have not been repaired and therefore not in a usable state. Even if a less powerful typhoon was to hit the same area, the risk of loss of life may be greater due to the lack of safe structures. Such simulations highlight the concerns and the alternatives available to the people in the area."

As it is, the Philippines is already one of the most disaster-prone countries in the world, experiencing an average of 20 typhoons per year.

Morgan warned that the people may be looking at a stormier future for the country, with typhoons that could even be deadlier than Haiyan.

"Climate science on typhoons indicates higher storm surges in the future, due to sea level rise. Increasingly intense storms in Asia may become the norm, not the exception," said Morgan. 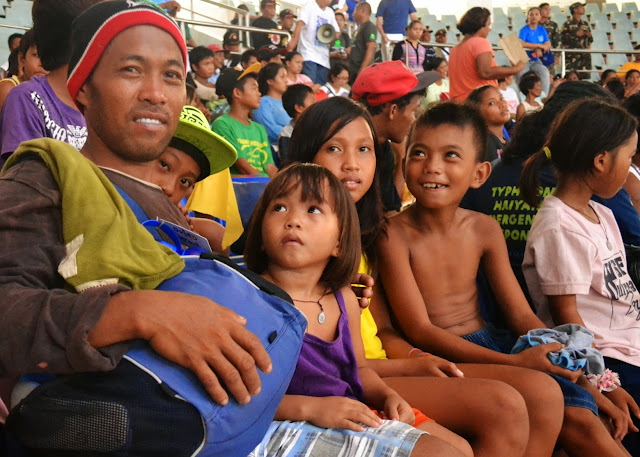 "With the vulnerability of developing countries to the increasing likelihood of more severe tropical storms that are most probably related to global warming, developed countries must respond by increasing the amount of finance they put on the table to help poor countries adapt and cope with climate change," he said. (PR)