In an interview with the actress at the recent Yahoo! Celebrity Awards press launch, where she was handed the Media Magnet trophy, Rivera shared that it has been a longtime wish of her to co-host a segment like "Juan for All, All for Juan". 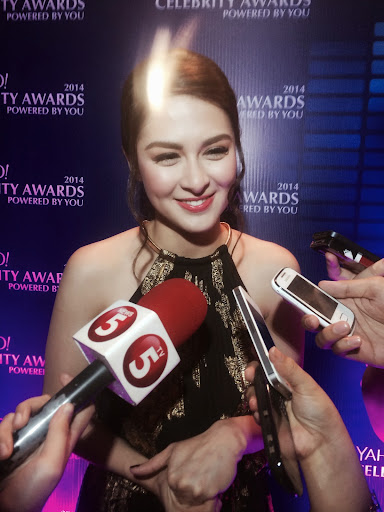 Rivera said she wants to co-host the segment -- originally hosted by the comedy trio of Jose Manalo, Wally Bayola and Paolo Ballesteros -- while she is not busy with her other showbiz commitments.

The actress said she is thankful for the warm welcome given to her by the "Eat Bulaga" hosts and staff. She felt at ease with the group.

As to some comments of the audience that she's funny and seems easy to get along with based from her short hosting stint in the program, Marian said that's the real her.

Aside from "Eat Bulaga," the Primetime Queen of GMA-7 is gearing up for her self-titled dance program, "Marian."

The actress said she wanted to do a dance show for the longest time and she is thankful to the GMA-7 for finally granting her wish.

With her successful career and happy romantic life, Marian said she couldn't ask for anything more.