FARMERS’ woes continue in many fronts as they struggle to own the lands they have been tilling for decades.

Platicmu president Flordeliza Araneta said they have been plowing the field since 1998. Promises through recommendations were given by the previous and present governors of Bukidnon to CMU for the farmers to stay during the term of CMU former president Jaime Gellor.

Araneta said that planting has been made much more difficult under the new CMU president Maria Luisa Soliven, PhD. 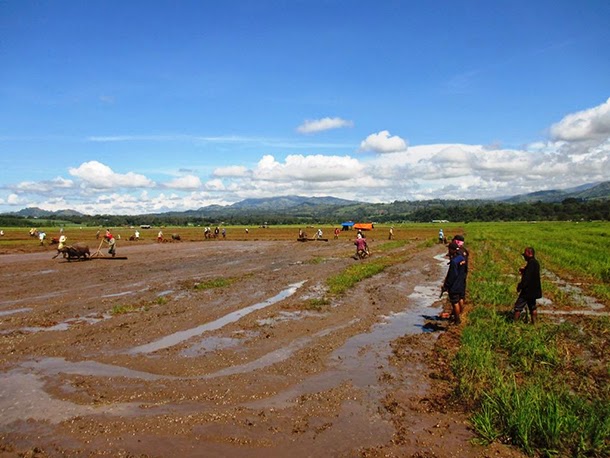 In a Facebook post by the League of Filipino Students (LFS) in Bukidnon updated on June 6, 2014, the Philippine Rice Research Institute (PRRI) was set to occupy 100 ha out of what the farmers are tilling.

Jonah Jumogbas of the Student Christian Movement of the Philippines in Bukidnon confirmed to Sun.Star Cagayan de Oro by phone the incident.

Araneta said that if CMU had plans of giving the land to PRRI, they should have issued a letter or the like, and not harass them by demolishing their temporary shelters or “tolda.” 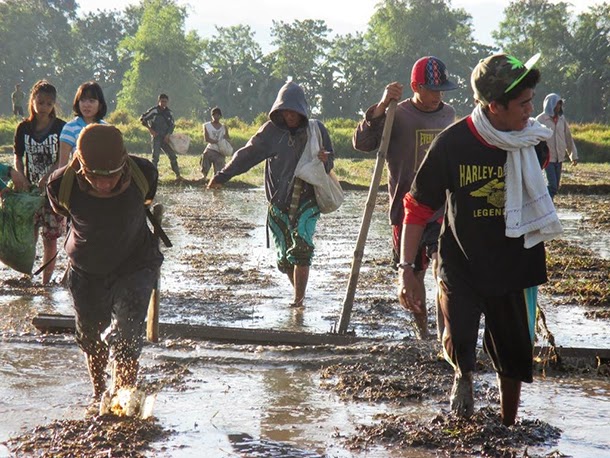 Instead, Araneta said they received a letter from Soliven which notified them to leave the area in 48 hours for demolition on June 6.

Platicmu told the university that they were willing to have a dialogue with the latter.

However, on June 5, 17 armed guards allegedly surrounded the field, an LFS post read. "The farmers continued to plant and plow but hours later, their equipment were confiscated by the CMU guards who brought in additional 10 of them to tighten the security."

On June 6, Araneta said there were gunshots. She added that Francis Caturay, a member of Platicmu, has been wounded on his thigh.

There were also guards who went ‘overboard’ as they hit and beat up farmers that injured Dinky Gumapa and Marilou Ganson, she said.

In the morning of June 7, Araneta told Sun.Star Cagayan de Oro by phone that their houses were demolished.

Removing them from their place and demolishing their houses were included in the letter issued by CMU, she added.

“But this has been our land ever since. We just want to plant because this is for our living. This is where we get our food and money,” she said.

Platicmu reported to Maramag police station on June 5 the alleged harassment, but said it got no response from the police.

SPO1 Rufina Baycal of Maramag said that a Feliciana Ramirez filed a report at their station on the alleged dispersal of Platicmu farmers by the CMU guards.

Baycal said the report furthered that a certain Marilou Ganson was grabbed by her shirt and pushed. A Francis Gansan was also hit at his right leg by a splinter of shotgun from a warning shot allegedly fired by a guard named Adonis Naduma.

In an interview by phone with a security guard of CMU who did not give his name denied the incident happened.

“We did not notice anything. We do not even know about this issue,” he said.

Recently, farmer groups from the different parts of Mindanao converged in Cagayan de Oro where Bukidnon farmers walked toward the city before they depart to Manila late last month.

They are now waiting for President Benigno Simeon Aquino’s response to their demand for Aquino to fulfill his promise – distribute the land to these farmers, before the Comprehensive on Agrarian Reform Program with Extension expires at the end of the month.

Another group of a settlement in Cagayan de Oro claimed under CARP was demolished on Thursday after its leaders were arrested due to illegal possession of firearms, ammunitions, and marijuana on Wednesday, June 4.

Farmers in Luzon will march to Manila on June 23 to push for the fight on the genuine agrarian reform in the country.