Phivolcs said the first quake, which occurred at 1:01 p.m., had a magnitude of 2.9 and was located at 50 kilometers (km) northeast of Tagbilaran City. 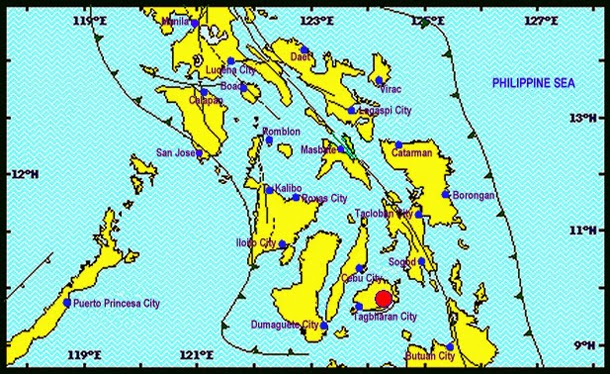 Another quake jolted the province at 1:42 p.m. The tremor had a magnitude of 3.6 and was located at 37 km northeast of Tagbilaran City. 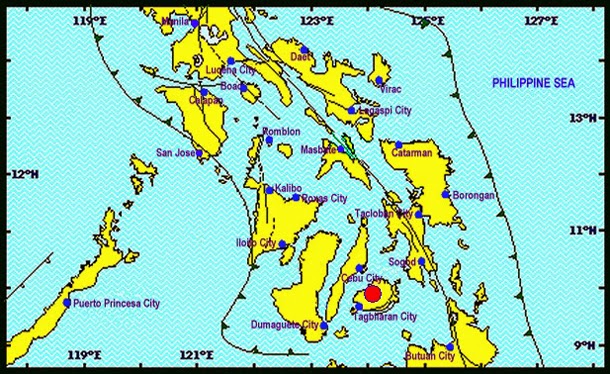 (Courtesy: Philippine Institute of Volcanology and Seismology)
Intensity IV was felt in Tubigon, Sagbayan and Clarin in Bohol.

Phivolcs said the second tremor is an aftershock of the 7.2-magnitude earthquake that killed hundreds of people in Bohol and nearby provinces in October 2013.

Both quakes were tectonic in origin.

Phivolcs added that there were no reported damages. (Sunnex)

View Comments
Disclaimer
SunStar website welcomes friendly debate, but comments posted on this site do not necessarily reflect the views of the SunStar management and its affiliates. SunStar reserves the right to delete, reproduce, or modify comments posted here without notice. Posts that are inappropriate will automatically be deleted.
Forum Rules
Do not use obscenity. Some words have been banned. Stick to the topic. Do not veer away from the discussion. Be coherent. Do not shout or use CAPITAL LETTERS!
Trending
Bacolod
‘Beware of scams,’ public told
Bacolod
2 drug personalities arrested in Bacolod City
Bacolod
Bacolod constructs temporary shelter for hospital watchers
Bacolod
Motorcycle rider dies in crash
Bacolod
LGUs encouraged to join ‘MassKara sa Panaad’