Not guilty plea entered for Revilla in plunder case

MANILA (3rd Update) -- The Sandiganbayan first division entered on Thursday a not guilty plea for Senator Ramon "Bong" Revilla Jr., after the legislator refused to enter any plea on the plunder and graft charges in connection with the pork barrel fund scam, a lawyer said.

In an interview, lawyer Jose Flaminiano, who attended the hearing, said Revilla was arraigned before the first division at 8:30 a.m. along with businesswoman Janet Napoles, the scam's alleged architect, and Richard Cambe, a former aide of Revilla.

Napoles and Cambe entered not guilty pleas on same offenses.

Aside from Revilla, Napoles and Cambe, 27 other co-accused were arraigned Thursday on graft charges.

Meanwhile, the anti-graft court junked the proposed amendment filed by Special Prosecutor John Turalba that will supposedly add the phrase "emphasize that the senator was the one who amassed, accumulated, and acquired ill-gotten wealth in connivance or in conspiracy with his co-accused public officer and private individuals."

The prosecution on Wednesday moved to delete the phrase "enabling Napoles to misappropriate the PDAF proceeds for her personal gain" in the plunder case to highlight the participation of the high-profile accused.

"The phrases 'collecting directly or indirectly' and 'and/or anomalous,' as well as the words 'percentage' and 'collected' may also be alleged in paragraph (a) of each of the informations," the prosecution said in its motion.

De la Cruz, on the other hand, set the start of the hearings for Revilla's bail petition on July 10.

Revilla allegedly received P224-million in kickbacks by channeling his PDAF allocations to the fake non-government organizations of Napoles. 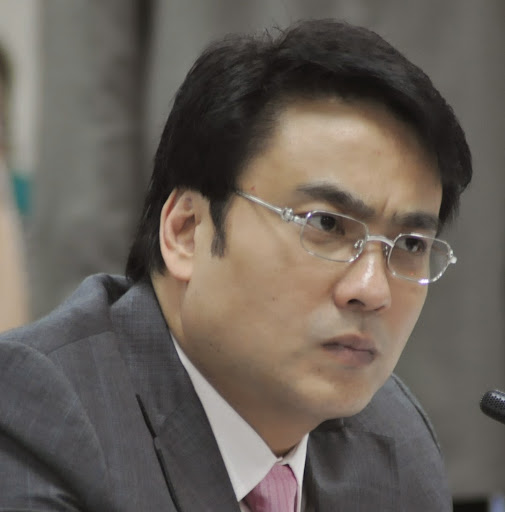 Senator Ramon "Bong" Revilla Jr.
He surrendered to authorities after the first division, which found probable cause on his charges, signed his arrest warrant last Friday.

He is accompanied by his wife Bacoor City Representative Lani Mercado and brother Bacoor Mayor Strike Revilla in Thursday's arraignment.

After his court appearance, Revilla and Napoles were brought to their respective detention cells. Revilla is detained at the Philippine National Police (PNP) Custodial Center in Camp Crame while Napoles is being held at the Fort Sto. Domingo in Sta. Rosa, Laguna where she has been detained since last year for the serious illegal detention of Benhur Luy, the scam's main whistleblower.

Revilla's co-accused Senator Jinggoy Estrada is set to be arraigned Monday, June 30, before the Sandiganbayan. Estrada turned himself in to authorities shortly after the court signed his arrest warrant for plunder and graft charges last Monday.

The anti-graft court, meanwhile, has yet to rule on the motions filed by Senate Minority Leader Juan Ponce Enrile, a co-accused in the plunder and graft charges, as the senator maintained his innocence. (ABC/John Carlo Cahinhinan/Sunnex)