The Underbelly of the Land of Promise

PHOTO taken during the shooting of "Gikan sa Ngitngit nga Kinailadman" in the mountains of Pantaron in Bukidnon. (RMP-NMR)
- A A +

IN THE outskirts of the Land of Promise lurks evil in a form of human rights abuses perpetrated by alleged state agents and hired gunmen of private corporations against the once peaceful indigenous people’s communities. All in the name of gold and palm oil.

Through a documentary film by award-winning, indie-film maker, Kiri Lluch Dalena and the Rural Missionaries of the Philippines – Northern Mindanao sub-region (Rmp-Nmr), the unexposed culture of impunity in hinterland communities became bare to the entire population.

Dalena is also the director of Alingawngaw ng mga Punglo (Echo of Bullets) that exposed the criminal acts of the military under the infamous General Jovito Palparan, also known as ‘The Butcher.’ Palparan now is in jail, facing allegations of murder against human rights defenders. 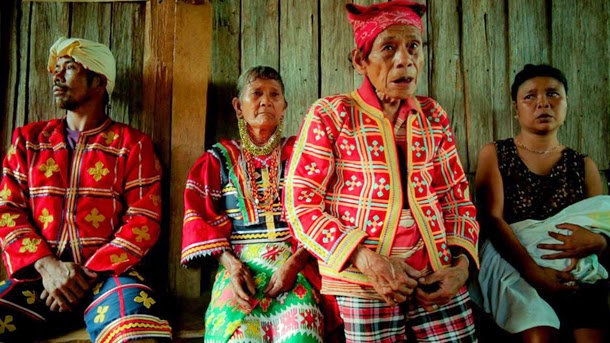 A FATHER from a Manobo community in San Fernando, Bukidnon, tells the story of his two sons who were both killed in 2012. Datu Jimmy Liguyon, another village leader and vice-chairperson of the lumad organization KASILO, was also killed in San Fernando on March 5, 2012 after actively resisting the entry of large-scale mining for gold in their ancestral lands. (Kiri Lluch Dalena)
“Gikan sa Ngitngit nga Kinailadman” (From the Dark Depths) documentary film, grave rights violations were recorded through interviews and recollections of the survivors and witnesses. The cases featured in the film find no justice until today. The culprits remained free, waiting for the next human rights defender to hunt.

Also, the film brings out from the closet the atrocities of the military and paramilitary troops, including the armed agents of the agro-industrial corporations in the hinterlands of Mindanao. These bones are hidden by time, curtained by impunity, but remained fresh to the hearts and minds of the victims’ families and colleagues.

The first case presented in the film is the assassination of Gilbert Paborada—a Higaonon farmer in Bagocboc, Opol, Misamis Oriental. Daisy Paborada, the wife of Gilbert, and Joseph Paborada, his brother, reiterates how the struggle of their community against the entry of palm oil plantations of A Brown Company led to Gilbert’s death.

The film also shows interviews about the harassment of the lumad community in Opol as they suffer from the goons of A Brown Company. The harassments and intimidation breed the culture of fear and terror among the people who opt to protect their ancestral domain vis-à-vis the environment over money. 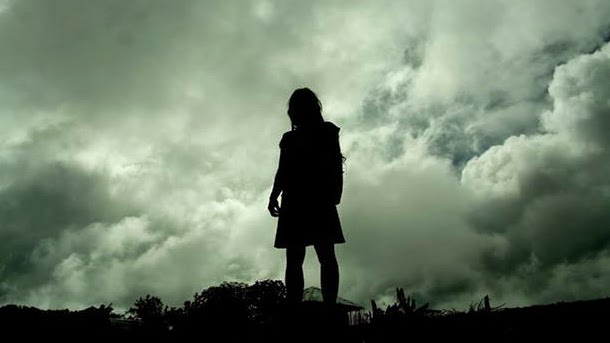 A mother standing in Pantaron range. (RMP-NMR)
Also featured in the film was the plight of the Manobo in Sitio Salumayag, Barangay Halapitan, San Fernando, Bukidnon, due to militarization. The Manobos fled to the forest for a week with almost nothing to eat. While searching for security amid uncertainty, one of the tribe members gave birth in the forest.

The baby died. They covered it with abaca leaves and buried the baby deep in the forest.

When they went back to the community the military personnel were still there. Traumatized by the previous events, a datu’s wife suffered a mental breakdown. She hanged herself to death.

Sr. Maria Famita Somogod, regional coordinator of Rmp-Nmr, said the film highlights political repression. The spate of human rights violations featured in the film is the reaction of the government to quell the legitimate dissent of the lumads against the entry of agro-industrial corporations in their ancestral domain.

Somogod said the dissent of the lumads and farmers are legitimate. Their demands are to protect their ancestral domain against the encroachment of foreign corporations in the hinterlands.

Instead of protection, the perpetrators come from the institution which bears the duty to protect them—the Philippine Government. The film hints us about the collusion of the government and the agro-industrial corporations against the lumad communities.

“Instead of seeds, bullets. Instead of food, bombs. Instead of peace, forcible evacuation. Instead of life, death,” Somogod said, adding this is what the ordinary lumads and farmers get for protecting the land of promise.

Thus, it is but normal for one to ask at the end of the film: How should we stop this appalling cruelty against the lumads and farmers?