With his humor, schmaltzy quips, and talent for making memes, Rowell Ucat has drawn 1.52 million followers on Facebook and 472,000 on Twitter, where he is better known as Medyo Maldito. This has led him to a musical collaboration, as well as endorsements.

Another skilled communicator, Blinky de Leon is a model, TV and events host and marketing director of Selfi, a personality development training center.

A desire for some control over the creative process drove the couple Mark Deutsch and Johanna velasco to open Happy Garaje art and design studio in 2009. While they work with programmers, video editors, and other artists, Mark and Johanna themselves also play many roles: they conceptualize campaigns, paint, write copy, illustrate, animate, art-direct. They've received awards from such bodies as The Society of Illustrators in Los Angeles and worked with a diverse clientele from both the Philippines and abroad.

Their ventures are diverse, ranging from clothing and retail (Rhipstop and Common Ground) to events (Spectrum Philippines) and brand strategy. Yet whatever they do, Ken and Kaz Onozawa demonstrate a combination of style, design chops, and creative expression, which is why they were recognized in 2012 by Go Negosyo as two of the most inspiring young entrepreneurs of Cebu.

For now, Palfrey and Gasser assert, “there is “no real evidence that people of the digital age are more entrepreneurial than the young people who toiled to climb the ladder of success or start businesses with their new ideas and inventions in bygone days.”

Yet they enjoy real advantages, among them an ability to spot and exploit the trends of a digital age, as well as a culture of collaboration and multi-skilling.

Jan Rodriguez, who founded Ilaputi and Weekend, is comfortable in both running restaurants and brand management. Michael Karlo Lim is a foodie and writer who’s also marketing and communications director of the Sugbo Mercado Food Bazaar.

Lorenz Florendo is the entrepreneur behind Tatang’s Boneless Lechon, as well as a sportsman (golf, surfing, and triathlon). Their ventures benefit from the connected consumers’ penchant for sharing posts or reviews, especially of food: a case where the shift from merely consuming to also creating (content) benefits the well-prepared entrepreneur.

Eugene Erik Lim, Fiona King, and Franco Soberano all thrive in the property sector, where digital disruption is still not that keenly felt in this part of the world, although new media have offered more creative ways to reach potential buyers. Lim is vice president of an Ozamiz-based mall developer that is building the Island Central Mall in Mactan. King is founder of RFK Holdings and Bloq Residences, a project that targets millennial buyers. Franco Soberano is the chief operating officer of the publicly listed Cebu Landmasters Inc.

Social entrepreneurs are a special group, in that they directly link their bottom line to a form of social good, such as working with the entrepreneurial poor or promoting a sustainable lifestyle.

One such influencer is Joy Anya Lim, whom the Cebu Chamber of Commerce and Industry awarded as its Young Entrepreneur of the Year in 2016. As co-founder and managing director of Anthill, one of her dreams is to help sustain weaving communities by using hand-loomed fabrics to create uniquely Filipino clothes and accessories.

As one of the owners of Echostore in Cebu, Meyan Lim-Young offers all-natural, Filipino-made products, many of them made by small producers. In September 2016, she and her friend Chip Lopez launched Nourish, a healthy food delivery service.

When the then newly-redesigned SunStar Weekend launched in October 2013, it made perfect sense to have Krystle Gail "Kryz" Uy as the first cover girl. She has managed, with wit and aplomb, to turn a love of fashion and a talent for creating content into a book, a sleek new website, and an impressive social media following (more than 510,000 followers on Facebook and 490,000 on Instagram).

Another multihyphenate, Kathrynn Dawn Sy founded an apparel brand just barely out of college in 2011, then became a licensed architect in 2013. In a SunStar Weekend feature in 2014, she said she found it both exhausting and exhilarating to lead "a fast-paced life revolving around multidisciplinary design."

Kymberly Maitland-Smith makes and models Solti, an activewear line, using "fabrics recycled from excess textiles that come from larger manufacturers." She promotes her creations mainly on social media, where she enjoys a considerable following (nearly 18,000 followers on Instagram and more than 11,000 followers on Twitter.)

Gillian Uang is an interior designer, stylist and blogger, whose influence stems from a blend of creativity, technical skill, and savvy communication. "You have to be unique in this world so you can stand out," she told The Cebu Yearbook in 2016.

In their unique ways, these young women show how, in the digital age, passion projects and interests can, with skill, be turned into a lucrative, personality-based brand.

For articulate, well-prepared, and polished personalities, these are the best of times. Digital natives are proving themselves adept at using new information technologies in politics, whether as public leaders or activists.

When she ran for office for the first time in May 2016, lawyer Christina Garcia-Frasco told SunStar Cebu about her vision “to govern in a manner that is dynamic, compassionate, and visible to the people.”

One way the mayor of Liloan town now delivers on the promise of staying visible is her connection with thousands, both constituents and non-constituents, on Facebook and Instagram. In these spaces, she keeps people up to date on her workdays, shares her thoughts (through video clips) on some issues, receives feedback, and shares the occasional personal and family milestones.

The nearly 25,000 people who follow the deputy majority leader on this social media site will know about his meetings with both national officials and local politicians in Cebu’s first congressional district, which he represents.

In a sense, Facebook has become a virtual town hall that allows savvy leaders to reach out to their public, without having to depend on media coverage or the other demands on their constituents’ schedules and attention. That’s a form of transparency that, one hopes, will help revive interest in government and public affairs and, in time, encourage more citizens to weigh in on how our shared hopes can be realized. (SunStar Cebu) 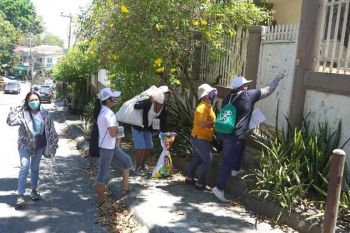 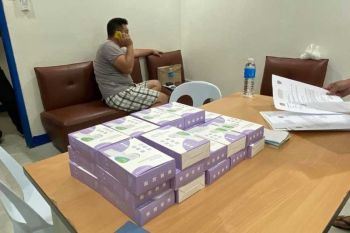