WILL Facebook founder Mark Zuckerberg challenge Donald Trump in the next presidential election in the United States? There are rumors Zuckerberg is eyeing the White House, but the 33-year old CEO denied this.

Observers think his actions speak otherwise. He has gone on a 50-State listening tour connecting to people face-to-face instead of simply relying on the social network. He is establishing an image as the antithesis of President Trump. While the Don is creating tension that could lead to World War III, the Zuck, as one commentator described, “is touting a global kumbaya moment.”

This week, the FB boss took the front pages in important publications and the prime time news of major television networks in the US. He went to the lion’s den and faced what can be described as the ultimate test of character and leadership, a congressional hearing before senators and congressmen.

The legislators scrutinized Zuckerberg on the business model of Facebook, the company’s data harvesting; users’ private info, and censorship among others. There were awkward moments throughout the sessions as most of the elderly inquisitors tried to pin down the poster boy of the tech world post-Steve Jobs.

In response, Zuckerberg demonstrated humility and respect. He spoke of Facebook as “an idealistic and optimistic company.”

You could only nod your head when he said: “For most of our existence we focused on all the good people can do. People everywhere has gotten a powerful new tool of connecting to people they love; for making their voices heard; for building communities and businesses.” He acknowledged how people exploited the social network through fake news; foreign interference in elections and hate speech; and intrusion in data privacy.

I say that Facebook is one of the most important inventions that has brought people closer to each other. I am not only using it to communicate with friends but also, to promote what I am passionate about like music, faith, Bisaya culture and migrant rights. Indeed, there are threats to my privacy, to fake news and to cyber-bullying. These were not part of the model of FB, but evil lurks. That Zuckerberg has apologized for the weaknesses of FB and is doing something to address these, while being open to necessary legislation are reasons enough for me to stick to Facebook.

Now back to the question on whether Zuckerberg should run for the US presidency, I suppose he should consider the possibility. While the Don’s election was generally a vote against mainstream politics, Zuck’s run will not just be against the fraternal elite in Washington DC, but also about bringing back sanity and decency in the White House.
style="display:block; text-align:center;"
data-ad-layout="in-article"
data-ad-format="fluid"
data-ad-client="ca-pub-2836569479021745"
data-ad-slot="1977900730"> 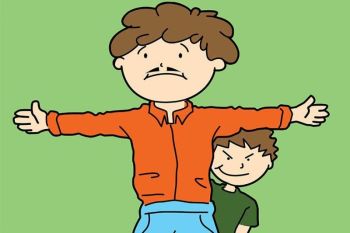