Palace thanks Filipinos for making Apec hosting a success

DESPITE the rallies and complaints raised by those affected by the Asia Pacific Economic Cooperation (Apec) summit in Metro Manila, Malacañang thanked the Filipinos for their cooperation in making the country’s hosting of the event a huge success.

Presidential spokesman Edwin Lacierda said this particular accomplishment would not be possible without the support and cooperation of the general public.

What made the hosting even more noteworthy, Lacierda said, is that the country managed to hold such international event without major complications, especially in terms of security, in light of the recent terror attacks in Paris.

"I know, we have pleaded for understanding but this is a once and a lifetime opportunity for us to show our best foot forward and considering the difficulties, considering the recent situation on the Paris attacks, the security concerns, we were able to successfully host not just the Apec Leaders’ Summit, but huwag natin pong kalimutan sa buong taon po ang ating ginawang hosting nitong Apec. Ang nakikita lang po natin siguro [ay] ‘yung nangyari po nitong Apec Leaders’ Summit last week," Lacierda said.

The annual gathering of individuals to promote trade and other economic policies culminated in the just concluded Apec Leaders’ Meeting held in Manila on November 18 and 19.

Throughout the year, Lacierda noted, the country played host to 13,402 delegates, 9,607 meeting participants and delegates, and 2,678 foreign media delegates who were served in 21 major hotels.

Security proved to be the major challenge in the Philippines’ hosting, especially during the Apec Leaders’ Week, as the government was forced to close major thoroughfares and issue no-fly zones in the airports to ensure the safety of arriving world economic leaders.

As the Filipinos are known for their trademark hospitality, Lacierda thanked the public for bearing with these security procedures and enduring all the hardships just to make sure the guests are treated well throughout their stay in the country.

“We really go beyond the extra mile to make sure that our guests are treated well and for that we thank the entire Filipino people for the hardship, for the support, for the cooperation that (they extended) for this whole year of hosting Apec,” he said. (SDR/Sunnex) 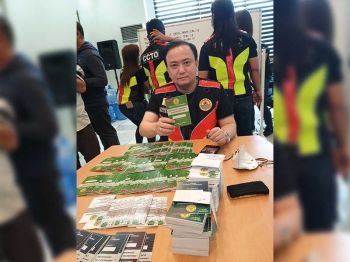