CEBU (Updated) -- A hot pursuit operation was launched Friday, May 6, against the incumbent mayor of Medellin town in northern Cebu after the official allegedly shot a former Capitol chief security officer.

He added that a hot pursuit operation is ongoing against Ramirez, who left Medellin.

"Wala pa man nag 24 hours, so we can still pursue him. There is no exemption here. He is considered a suspect, but we will still check kung kinsa ang nag-una og panumbag. We will check the closed circuit television camera (CCTV) footage and statements of the witnesses to verify on what really happened," said Gairanod.

He said they are also checking on whether Madrigal is running for a local position, or if the motive was personal grudge or politics. 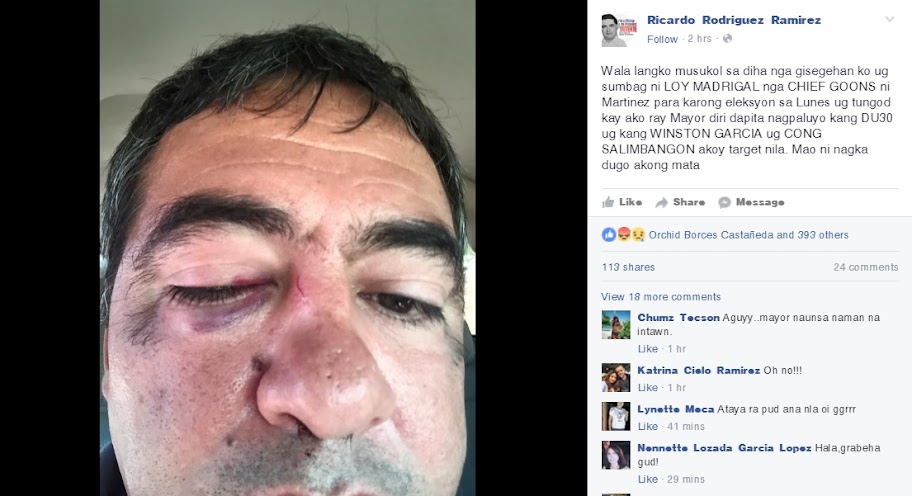 "Right now, I cannot disclose my location because they are using the Bogo City Swat team to hunt me down on an alleged hot pursuit operation and even the province has joined in sending police to apprehend me," he said. 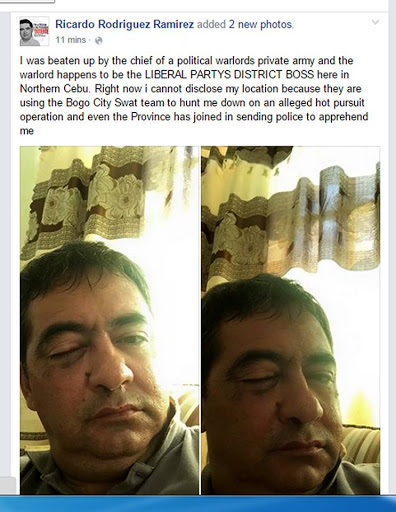 Madrigal, for his part, told Sun.Star that he is filing an attempted murder case against Ramirez.

"I am demanding an immediate arrest sa iyahang gibuhat sa akoa. He is dangerous to the public. Nagdadada pa sya og armas nga election gun ban karon," he said in an interview Friday.

"I have my lawyer to look into other charges. He shoot at me directly. Naa koy bun-og sa akong ampapangig sa iyang pagsumbag sa akoa. Akong tuhod nasamad," he added.

Madrigal said that he saw Ramirez around 7 a.m. Friday near a motel in Taytay, Bogo. The mayor, upon seeing him, approached and confronted Madrigal.

He said he tried to record the incident, but he was punched by the mayor in the face, prompting him to punch Ramirez back.

He added that when he tried to leave the place, Ramirez shot him, but failed to hit him. 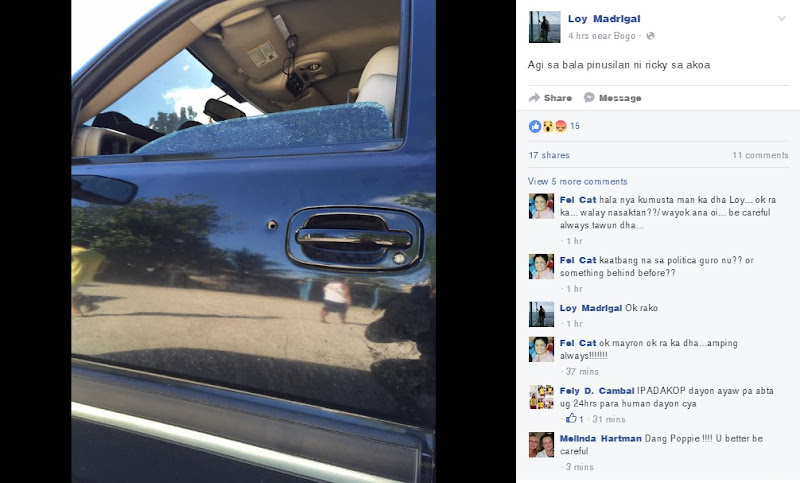 Madrigal went to the Bogo Police Station after the incident.