THE province of Iloilo and other three provinces were selected as pilot areas in the country for the implementation of Community Eye Health Program (CEHP) spearheaded by the Department of Health (DOH).

This initiative is being expanded to poorest provinces like Eastern Samar, Leyte, and Surigao in coordination with different non-government organizations like Christoffel Blinden Mission, Fred Hollows Foundation, World Health Organization, National Committee for Sight Preservation and Cataract Foundation of the Philippines.

Globally, uncorrected refractive errors are the main causes of visual impairment, followed by cataracts and glaucoma.

Cataracts remain as the leading cause of blindness, followed by glaucoma and age-related macular degeneration.

65 percent of visually-impaired individuals and 82% of blind people are over 50 years old.

In the Philippines, based on the country’s 2015 population estimate, the current estimated number of people who are bilaterally blind is 295,152 of which 59 percent is due to cataract and 14% due to uncorrected refractive errors.

The rest are due to conditions like glaucoma, retinopathy and maculopathy.

The current estimated number of persons who have low vision from moderate to severe visual impairment is 1,430,109, of which 60 percent is due to errors of refraction, 30 percent due to cataract and the rest due to other conditions like glaucoma.

Ubial recommended eating of foods rich in Vitamin A, regular eye exam and avoid long exposure to gadgets and computers by following the 20-20-20 rule that calls for every 20 minutes, look away for 20 seconds at something that is at least 20 feet away, are some of the practical preventive care for the eyes.
style="display:block; text-align:center;"
data-ad-layout="in-article"
data-ad-format="fluid"
data-ad-client="ca-pub-2836569479021745"
data-ad-slot="1977900730"> 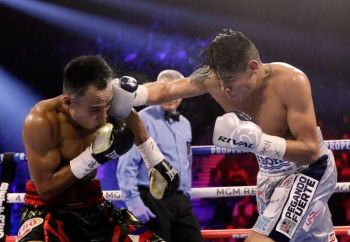