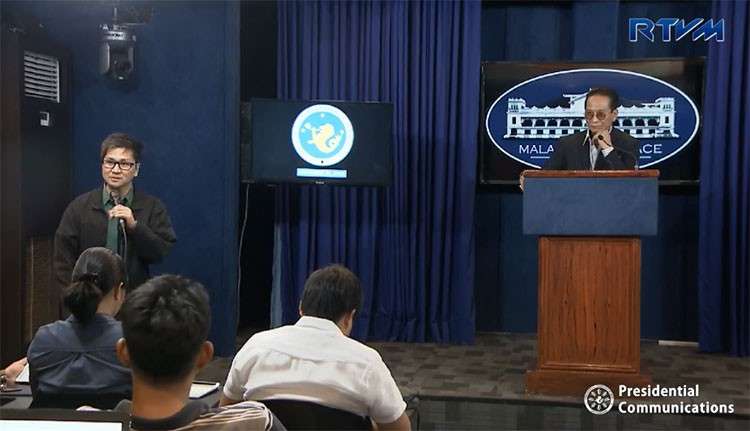 "The President, as I said earlier, will never tolerate policemen who intentionally kills, who have done it not in accordance with the performance of their duty. So obviously, if the conviction is murder, which is intentional, then I don't think the President will pardon [them]," Presidential Spokesperson Salvador Panelo told Palace reporters.

"Murder eh. It would be different kung mali ang decision ng court. Kung masyadong obvious, mahihirapan. Kung 'yung ebidensya talagang pinatay mo, if the evidence shows that you really killed without any reason or such heinous crime, I don't think, no power on earth can pardon you," he added.

(It's murder. It would be different if the court's decision is faulty. But if it's obvious that it's murder, it will be difficult. If the evidence shows that you really killed without any reason or such heinous crime, I don't think, no power on earth can pardon you.)

Oares, Pereda, and Cruz were also ordered to pay civil indemnity, as well as moral, actual, and exemplary damages amounting to P345,000 to the slain teenager's family.

The Caloocan court, however, found the three policemen not guilty of planting illegal drugs and a gun "for failure of the prosecution to prove the guilt beyond reasonable doubts."

Delos Santos, a Grade 11 student, was killed after a so-called "One time, Big Time" anti-drug operation was carried out by the Caloocan City police on August 16, 2017.

Police claimed that Delos Santos fought back, but a closed-circuit television camera footage showed that the minor did not resist arrest.

Panelo branded the court's ruling against the three police officers as a "triumph of justice."

He added that the decision on Delos Santos's case proves that the country has a "robust" and "working" judicial system, dismissing claims of Duterte's critics that local courts lack the capability of prosecuting criminals.

"It is a triumph of justice. It shows that this country has a robust judicial system. It also shows that in the Sona's (State of the Nation Address) speech of the President, for the first time, he said when he declared war on drugs, those who will abuse their authority will have hell to pay," Panelo said.

"So from the very start, the administration's policy was to be intolerant with any kind of abuse coming from the military, as well as the police. And for that matter, any abuse coming from any civilian, any violation of law," he added.

Panelo said the guilty verdict against the three Caloocan cops should serve as a "deterrent of any commission or any crime involving men in uniform."

He then told police officers that Duterte would only defend them, if they fulfill their duties within their mandate to serve and protect the people.

"We give the assurance that the President will never tolerate any intentional killing against civilians from the men in uniform," the Palace official said.

"You must remember that this is a murder. There's an intention to kill [Delos Santos]. The President will never tolerate that. What he said was, 'If you do it in accordance with your job in the performance of your duty, then I will help you, not when you violate the law.' It is what he said," he added. (SunStar Philippines)