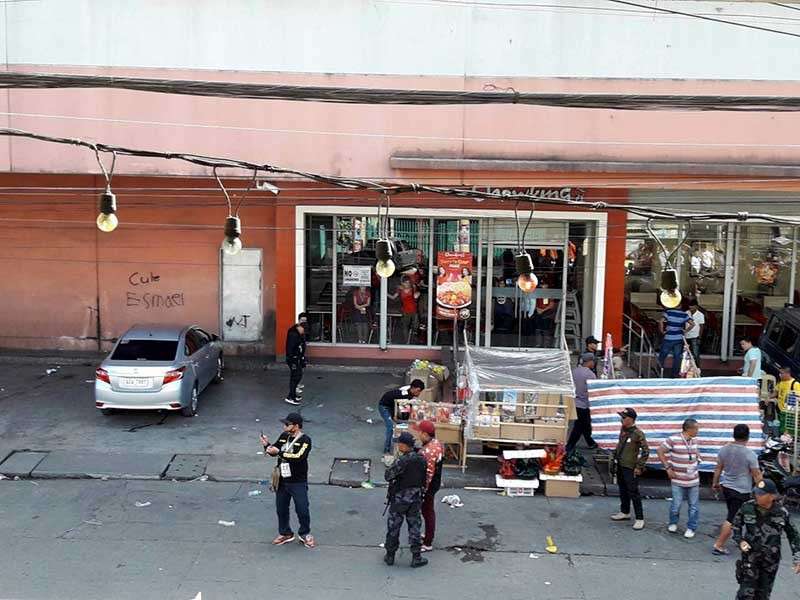 THE military said the Bangsamoro Islamic Freedom Fighters (BIFF) may have been behind the explosion that killed two persons and wounded more than 30 others in Cotabato City on Monday, December 31.

As of Wednesday, January 2, however, Captain Ervin Encinas of the 6th Infantry Division Public Affairs Office (DPAO) told SunStar Davao that they still had no leads on the perpetrators of the bombing incident.

Based on witnesses’ account, an unidentified man left a package near the firecracker stalls in front of the South Seas Mall. A few seconds later, an explosion ripped through the area.

As of Wednesday, January 2, two civilians were killed while 34 others were injured.

Major General Cirilito E. Sobejana, commander of the 6th infantry Dviision based in Maguindanao, said a joint investigation by the Armed Forces of the Philippines (AFP) and Philippine National Police (PNP) is still ongoing to identify the perpetrators.

“We are not discounting the possibility that the Daesh-inspired group was responsible in the said bombing as they suffered casualties during our recent security operations against this terror group in the Liguasan area," Sobejana said.

Encinas said the terrorist group that carried out the bombing may be different from BIFF, but could have originated from the BIFF.

Last June 2018, at least 15 BIFF members were killed and two others were captured while the group's main explosives facility was destroyed during a military operation in Liguasan Marsh in Maguindanao.

Sobejana urged the public to be vigilant and immediately report any suspicious individuals and packages.