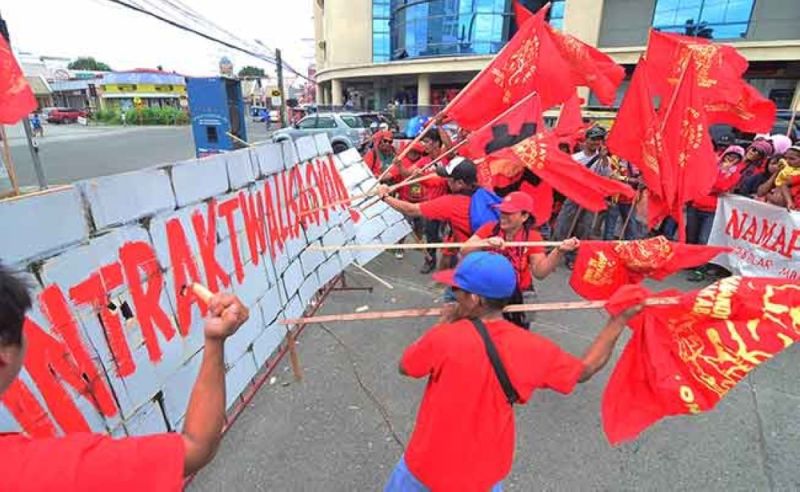 Organized workers have been pushing for an end to contractualization. (File Photo)

(UPDATED) - Voting 15-0, the Senate on Wednesday, May 22, approved on third and final reading a measure that is expected to end the practice of contractualization, more commonly known as "endo".

The Senate approval came a day after House Speaker Gloria Macapagal-Arroyo reminded Senate President Vicente "Tito" Sotto III about the need to pass this and 10 other House-approved bills to achieve the priority legislative agenda of President Rodrigo Duterte.

The Senate, in a social media post, said Senate Bill No. 1826 or Security of Tenure Act will strengthen the workers' right to security of tenure.


Ending contractualization, more known as end-of-contract or "endo", was one of the campaign promises of Duterte in 2016.

House Bill 6908 seeks to amend the Labor Code of the Philippines, or Presidential Decree No. 442.

The measure contains a new provision, Article 106-A, which requires job contractors to secure a license from the Department of Labor and Employment, through the regional offices, before they could start operations.

Contractors who will operate without license will be fined P30,000 per employee engaged under a labor-only contracting arrangement. The licensee will be also barred from applying for a license in the future.

The bill amends Article 294 of the Labor Code so that an employer may terminate an employee only for a just cause or when authorized.