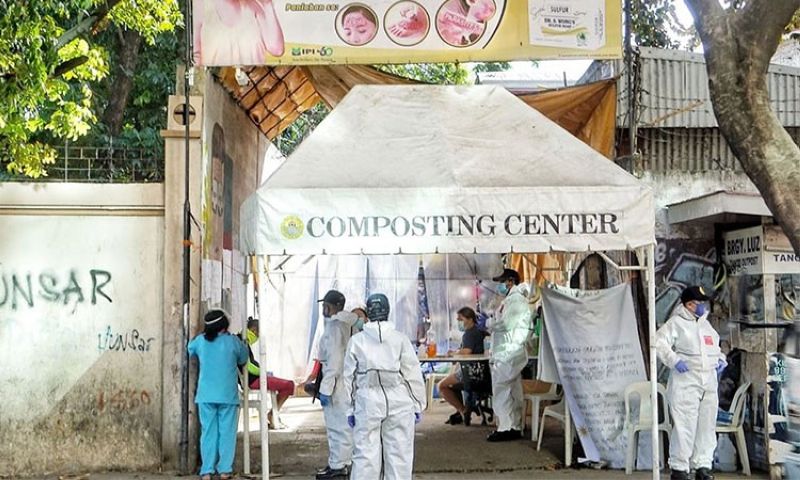 (UPDATED) As coronavirus infections grew exponentially in Cebu City over the last three days, a government official expressed confidence that the local government unit is well-prepared to address the epidemic.

Assistant Secretary Jonji Gonzales of the Office of the Presidential Assistant for the Visayas said the Cebu City Government has a P1-billion war chest against the epidemic on top of its quick response funds, the capability to conduct mass testing and three quarantine facilities that would soon be operational.

After a two-week plateau that saw the number of cases move sideways from 20 on March 29 to 25 on April 13, novel coronavirus cases in Cebu City increased by six to 31 on April 14.

The total quickly jumped to 53 on April 15 and further to 77 on April 16, as targeted mass testing was conducted in Sitio Zapatera. New cases found in the community reached 21 and 24 on April 15 and 16, respectively.

The sitio (sub-village) with an estimated 9,000 residents has been on lockdown since April 7, when the first case was confirmed. The patient had come into contact with a relative from Manila during a wake.

As more cases were found, the entire Barangay Luz was placed on total lockdown Friday, affecting more than 30,000 residents.

Another sitio, Sitio A. Lopez in Labangon, was also placed on lockdown after a resident tested positive for the virus.

As of 5 p.m. Friday, Cebu City accounted for nine of every 10 coronavirus-positive individuals in Central Visayas region. Most are asymptomatic. Sitio Zapatera residents who developed symptoms were sent to the Cebu City Medical Center.

It is not clear whether the asymptomatic individuals from Zapatera are on home quarantine or have been sent to a quarantine center since none of the designated facilities in Cebu City is operational yet.

The Department of Health has recorded a total of 180 cases in the region, broken down as follows: Cebu City, 161; Lapu-Lapu City (Cebu), 8; Mandaue City (Cebu), 3; rest of Cebu province, 3; Negros Oriental, 4; and Bohol, 1. The island-province of Siquijor has no documented case.

Eight had died - 5 in Cebu City, 2 in Negros Oriental and 1 in Cebu province - while 23 have already been found negative for the virus based on laboratory test results.

The mortalities in Cebu City included two doctors and the chairman of an energy company. In Negros Oriental, the mortalities were a town councilor who had visited Greenhills in Metro Manila and his sister-in-law.

The VSMMC molecular laboratory has been designated as a sub-national laboratory of the Research Institute for Tropical Medicine (RITM) for the Visayas. It is authorized to release official results of coronavirus tests beginning March 27, 2020.

Three more RT-PCR machines will be commissioned once an extension laboratory at the VSMMC is certified by the RITM, he added.

The Department of Health (DOH) regional office in Central Visayas is renovating its Tuberculosis Reference Laboratory, which is adjacent to VSMMC’s molecular laboratory building, to serve as an extension lab.

Other equipment that were donated to the VSMMC lab were a microplate spinner, mini centrifuge, refrigerated centrifuge, and a DNA/RNA viral extractor automated machine that effectively shortens the testing procedure.

Mass testing is still being conducted in Sitio Zapatera. Cebu City Mayor Edgar Labella has also ordered tests on residents in other sitios in Barangay Luz.

Gonzales said a facility within the old Sacred Heart School-Ateneo de Cebu campus along General Maxilom Avenue will be operational “hopefully next week”.

This facility, will be called the Bayanihan Cebu Center, will initially have 50 beds.

It will also have a triage area, a temporary laboratory for testing and the DOH operation center. A negative pressure system to prevent internal air from leaving the room is being set up.

Read: Quarantine facility at Ateneo to start operation next week

The Archdiocese of Cebu has also offered the use of the IEC Convention Center Cebu (IC3), formerly known as the IEC Pavilion, as a quarantine center. The facility has a floor area of 25, 754 square meters.

Gonzales said a negative pressure system has yet to be installed there.

The Cebu City Government, meanwhile, is fast tracking the construction of a 200-bed quarantine facility at the North Reclamation Area.

The facility is being built on a 5,000-square-meter portion of Block 27, a property owned by Cebu City.

It was targeted to start operations on April 15.

What was initially suspected to be the first case of infection in Cebu City involving a five-year-old Chinese boy turned out to be negative based on a confirmatory test done by the Victoria Infectious Diseases Reference Laboratory in Melbourne, Australia in late January.

For about two months following that initial scare, no positive case was reported in Cebu City while infections in the National Capital Region surged.

There were, however, several patients under investigation for manifesting symptoms of Covid-19.

On March 27, 2020, when the VSMMC was certified as a laboratory for novel coronavirus testing, the cases suddenly went from zero to 16.

Of the 22, 16 were from Cebu City; 1 each from Mandaue, Lapu-Lapu and Cebu province; 2 from Negros Oriental; and 1 from Bohol.

Cebu City was placed on a 30-day enhanced community quarantine on March 28. Cebu Province closed its borders with Cebu City on March 30.

No additional case was reported for two days before two more patients were listed on April 1 and 2, respectively, bringing the number of cases in Cebu City to 22.

It was only a matter of time for Cebu City, the premier tourism gateway in central Philippines, to record its first infection.

The first three cases in the Philippines all passed through Cebu.

Patients 1 and 2, a Chinese couple, had taken a flight from Wuhan City in China - where the Covid-19 pandemic originated - to the Mactan Cebu International Airport (MCIA) on January 21 on their way to Dumaguete City in Negros Oriental.

Patient 2 was the first Covid-19 fatality outside China.

Patient 3, a Chinese woman also from Wuhan, traveled to Cebu on January 22 on her way to Bohol, where she fell ill. She was discharged from the hospital on January 31, traveled again to Cebu City and proceeded to the MCIA for her flight back to China.

As of April 17, a total of 5,878 persons in the Philippines have been infected with the novel coronavirus. Of the total, 387 had died while 487 have recovered from Covid-19.

Worldwide, infections have topped 2.0 million as of April 17, according to the World Health Organization. A total of 139,378 people had died. (Marites Villamor-Ilano/SunStar Philippines)