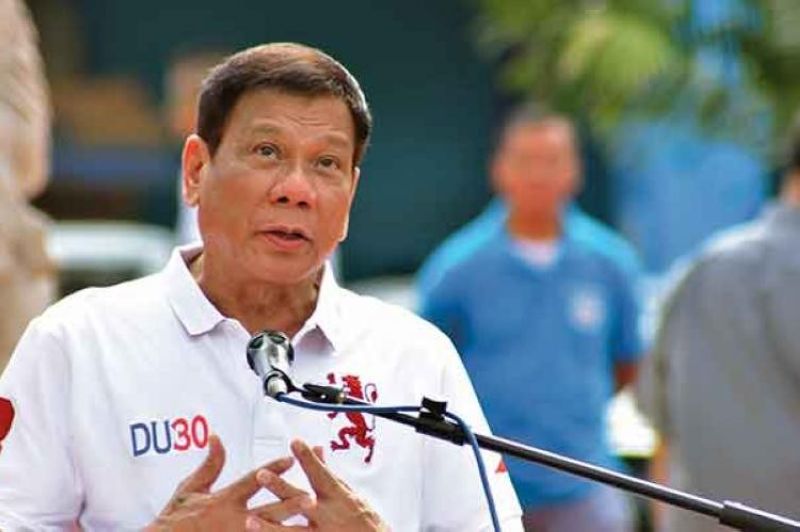 PRESIDENT Rodrigo Duterte on Friday, July 3, 2020, flew to Zamboanga City in a bid to pacify both the military and police after the killing of four soldiers by policemen in Jolo, Sulu.

He gave his assurance that justice will be served and those found liable will pay.

“I’m giving you my word of honor that the investigation will proceed to find out the truth, unfettered, unbridled by anybody. Walang makialam at ‘yung totoo lang,” Duterte said.

“At kung sino man ang may kasalanan (Whoever is liable), then he has to pay for it. They will be prosecuted, either (through) a court martial or a regular court,” he added.

The President asked both the Armed Forces of the Philippines (AFP) and the Philippine National Police (PNP) to keep the peace while waiting for the National Bureau of Investigation (NBI) to find the truth.

He asked the AFP not to take revenge since it will not bring back the four soldiers.

“You want to take revenge. For what? Gusto n’yong pumatay ng pulis. For what?” he said.

The Philippine Army earlier issued a statement, saying its commanding general Gilbert Gapay was enraged over the killing of four soldiers “for unknown reasons”.

The Army said personnel of the Jolo Municipal Station flagged the vehicle carrying the four soldiers at a checkpoint, approached the vehicle and “fired upon them for still unknown reasons” at about 2 p.m. of June 29.

The four soldiers were on a mission to identify the location of terrorists in Jolo, where the Abu Sayyaf Group is known to operate.

PNP Chief Archie Gamboa said nine policemen were involved in the incident. They are under the custody of the Sulu Police Provincial Office director.

Gamboa assured that the PNP is open to any investigation and to any charges that may be filed against the policemen. (Marites Villamor-Ilano/SunStar Philippines)