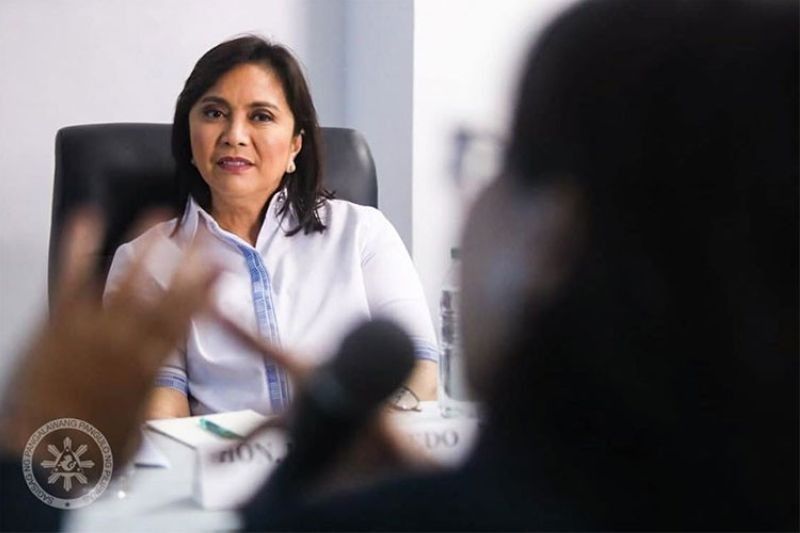 Armed Forces of the Philippines (AFP) spokesperson Major General Edgard Arevalo, for his part, said there is nothing wrong with Robredo, as Vice President, using military assets as long as there was proper coordination and the procedures were followed.

In a statement, Lorenzana clarified that Robredo did not use any military aircraft to go to Catanduanes. Only relief goods from the Office of the Vice President were airlifted using a C-130 aircraft, he said.

“I requested the Philippine Air Force to confirm through their flight manifest and they reported that there was no instance that Vice President Robredo boarded any military aircraft in going to Catanduanes,” he said in a statement.

“However, there was a jibed mission using an Air Force ‘Huey’ helicopter that brought relief goods from the Vice President from Legazpi City, Albay to Catanduanes last November 3, 2020,” the Defense chief added.

Panelo, who had questioned Robredo’s alleged use of a C-130 during the conduct of relief operations in Bicol, also apologized to the Vice President.

He said he sent a text message to apologize to Robredo, admitting that he got the wrong information from messages exchanged with Lorenzana.

In a virtual press conference Wednesday, Arevalo said that while military assets are limited to military use, there may be specific flights related to or in pursuit of AFP mission such as airlifting of civilian disaster responders, volunteers and relief goods belonging to civilians but are intended for victims of calamities and disasters.

However, he said they did not receive any request of assistance from Robredo’s office. He said such request may have been addressed to her contacts among the commanders on the ground.

"But be that as it may, if ever the VP had our operational commanders as her 'contacts on the ground' as she mentioned in her tweet and if those calls were received by our action units on the ground, they will render appropriate actions as circumscribed in the orders of the President, SND, and CSAFP to provide the needed assistance—with the information coming from VP," he said.

Lorenzana and Panelo sent their apologies to Robredo a day after President Rodrigo Duterte lashed out at the Vice President over the hashtag #NasaanAngPangulo on social media.

Duterte criticized Robredo and warned her against competing with him.

Robredo has denied Duterte’s allegations and described his rant as unpresidential. (SunStar Philippines)