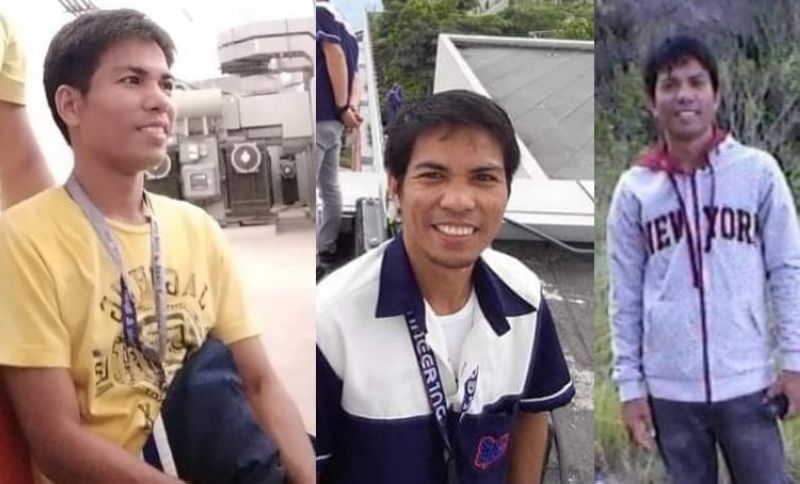 NORMAN Galon, one of the four crew members of cargo ship LCT Cebu Great Ocean who died after the ship ran aground near the shoreline in Surigao del Norte, has reunited with his family after his body arrived at Pier 1, Cebu City, early Friday morning, April 23, 2021.

Norman's body was immediately sent to the Cosmopolitan Funeral Homes before he went home to Sitio Galaxy, Barangay Danglag in Consolacion, Cebu.

READ: 2 from Cebu among 4 dead in Surigao maritime mishap

He said that the last time they heard from Norman was on Sunday, April 18, 2021.

Norman called his wife informing her of his situation that the LCT Cebu Great Ocean ship has already tilted due to the big waves and strong winds brought by typhoon Bising.

Pejy said that despite the situation Norman was in, the last words that Norman told his family were "Ayaw mo kabalaka nako (Don't worry about me).” Then the line was cut off.

The next thing they knew was that Norman was one of those washed ashore in Malimono and San Francisco in Surigao del Norte.

Pejy assumed that Norman was not physically capable of enduring a long swim in big waves since he has a history of being paralyzed.

When Norman was still a student around 15 years ago, he encountered an accident that resulted in a blood clot in his brain. This caused Norman to get paralyzed for a short period, said Pejay.

Norman was the breadwinner of the family. Upon his death, he left his two children, aged nine and three years old, and his wife.

Norman was also not able to fulfill his dream to be a crew member of an overseas-bound ship.

Pejy said Norman was a licensed electrician. He was a former electrician of one of the biggest malls in Cebu.

This year, he applied and was hired as an electrician for the LCT Cebu Great Ocean. This was his first time as a crew member on a ship.

A one-year experience in the ship would have been Norman’s ticket to apply for an overseas-bound ship.

Pejy said he left his family for his work in February 2021.

The company of LCT Cebu Great Ocean and Norman's family met on April 22, 2021, to provide assistance, the 13th-month pay, and the last pay to the grieving family.