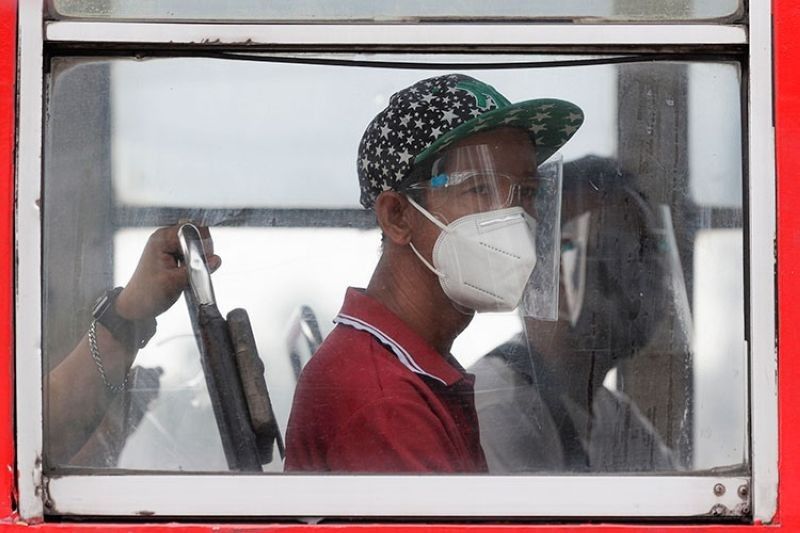 PRESIDENT Rodrigo Duterte on Monday evening, June 21, 2021, apologized to the nation for the confusing policy statements on the use of face shields as protection against coronavirus disease 2019 (Covid-19).

“I will apologize to the Filipino people, that this thing is being discussed openly and many thought that we were ready to do away with face masks (shields),” Duterte said in his weekly public address on Monday, June 21, 2021.

“But with the kind of aggressive infection that poses a very grave danger to... It’s a small inconvenience actually. I know that it is inconvenient really to be wearing the mask, adjusting it from time to time. But that is really a small price to pay,” he added.

He confirmed that he has decided to retain the use of face shields aside from face masks as among the minimum public health standards because of the threat posed by the Delta variant, the Sars-CoV-2 variant that ravaged India.

The Delta (B.1.617.2) variant has been found to be at least 60 percent more transmissible than the Alpha (B.1.1.7) variant, which was first detected in the United Kingdom.

“We cannot afford it. The first wave depleted the resources of government. Another one would be disastrous for this country. That is why the stricter you are, the better,” he said.

The President said he realized that he and the senators may have erred in discussing the policy in public.

“When I mentioned about the face shield, I was only shooting the breeze with members of Congress. I never said with finality that we will do away with the face shield,” he said in his weekly public address on Monday, June 21, 2021.

The confusion over the face shield policy started when Department of Health Undersecretary Leopoldo Vega was quoted as saying that the face shield may be removed if is just walking on the streets or if it hinders a person from undertaking a task.

On June 17, Senate President Vicente Sotto III announced on Twitter on June 17 that the President had agreed that face shields should be worn only in hospitals.

On the same day, Presidential Spokesperson Harry Roque Jr. confirmed that the President made such a statement and that whatever the President says becomes national policy.

Several hours later, Roque said the face shield policy remains because the Inter-Agency Task Force (IATF) for the Management of Emerging Infectious Diseases has appealed the President’s “decision” and recommended that the face shield be retained in enclosed spaces.

Earlier Monday, June 21, Roque said the face shield may be removed outdoors but should still be worn in crowded open spaces.

Several hours later, Roque announced that the President has decided to retain the use of face shields. (Marites Villamor-Ilano / SunStar Philippines)