Bzzzzz: COA rating not 'the' report... A Durano or a Gullas may run for governor if... Zoom sessions don't reflect actual attendance in Congress. 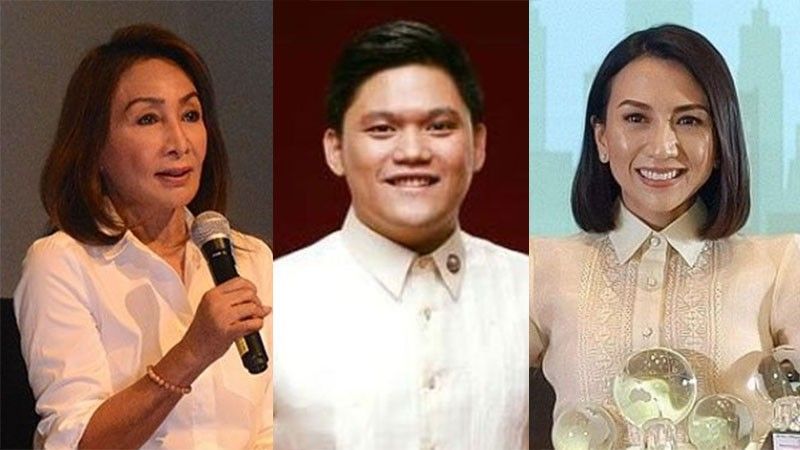 Wait for meat of COA report

SUNSTAR in its Explainer of July 11 (Explainer: Labella camp scores with COA 'clean' rating) said the "unmodified opinion" was only about the Cebu City Government's "fair reporting," in other words, the compliance with the requirements for a review or audit. COA gave the same rating to Liloan, Cebu, Makati City and Ilocos Norte, among others.

The COA letter to the mayor did not say anything yet about findings on its transactions. In sum, it was not yet the meat of the report.

Innopub's Max Limpag, who has been watching out for the COA reports on Cebu LGUs at journaliststudio.google.com, told Bzzzzz the full report on Cebu City transactions in 2020 "may be made available this week." Even as you read this, snippets of the report may be seen in Facebook chat rooms but just you wait.

Talk of anyone running against Cebu Governor Gwen Garcia of One Cebu in 2022. And nary a name will come up.

Not even that of Vice Governor Junjun Davide of the Liberal Party, who the last time the public saw was when province officials met last June 29 at Cebu Capitol with key leaders of the national agency IATF. Davide supported the governor's position and was among the local officials who stood behind her in the confrontation. Aside from that, Junjun has not been heard saying anything critical of the new Gwen administration since it assumed office in June 2019.

What may draw out governor wannabes from the woodwork is a clear signal from Guv Gwen she will run for a higher office. Preferably for senator, which Cebu has not had one since then senator Sergio "Serge" Osmeña III ended five years ago his 18-year stint in the Senate (1995-2007; 2010-2016) and lost in his reelection bids in 2016 and 2019.

They finally pronounced the prospect dead on arrival in late April following the launching of a movement by a "multi-sectoral group" led by broadcaster Edward Ligas. "Read my lips," she said in rejecting the suggestion.

Well, they read her lips, at the time and maybe for now. Broadcaster Eric S. Manait says politicians never say never, they wait until the proverbial fat lady sings. The singing could be the numbers in a reliable survey showing that Governor Gwen has landed in the winning circle.

In the "remote possibility" Gwen would shoot for the Senate star, a Capitol watcher "opines," it would be likely that another Garcia would take a crack at the governorship, maybe Liloan Mayor Christina Garcia-Frasco, Gwen's daughter.

About this time every year, the Senate and the House of Representatives will have publicized the attendance record of each senator and congressman or congresswoman. They may not do it this year.

It's an old and long tradition (a) to encourage members of Congress to diligently attend sessions and committee hearings as basic duty of elected legislators and (b) to serve as part of the report card to their constituents.

The last publicized honoring of diligent senators -- and shaming of absentees -- was on August 20, 2020 when eight senators were listed as having perfect attendance at 67 sessions from July 22, 2019 to June 24, 2020, covering the first regular session of the 18th Congress.

PACQUIAO RECORD. On embarrassing attendance records, Senator Manny Pacquiao used to get the bigger share of the shame. In 2014, he attended only four days; in the second session of the 16th Congress, only one; and in the third and last session of the 17th Congress, Pacquiao scored the highest number of absences.

In Malacañang though, which he reportedly aspires for in 2022, there is no counting of the number of days the president shows up at the office for work.

DATO, CUTIE, RELAMPAGOS. There seems to be sparse reporting on attendance in the House, where local interest lies, since Cebu has 10 congressmen, including one party-list representative, and two congresswomen -- but zero senator.

One published story covered the three-year span of the 15th Congress, for 168 sessions from July 2010 to June 2013. In that story,

News stories about local House members' attendance at sessions were lapped up by Cebuanos who wanted to know how their representatives were doing. In a December 22, 2010 story, The Freeman reported that Cutie del Mar "posted perfect attendance" among Cebu's lawmakers when the 15th Congress adjourned. In contrast, her counterpart in the city's south district, Tomas Osmeña, "got the lowest attendance."

VIRTUAL SESSIONS. If the House will have a listing for the second regular session of the House, from July 2020 to June 2021, it is doubtful if it faithfully records actual attendance.

The reason is that it was mostly, if not all, virtual. All one needed to be recorded present was to have one's self registered for the Zoom conference, show one's face and then do something else: from one's home, a coffee-shop or bar, in a hotel or motel, in one's car, here or abroad. True, some legislators played hooky too in pre-pandemic sessions but one's physical absence then was easier to spot or ascertain. The practice is for the House secretariat to record as present everyone who shows his face at the roll call and thereafter doesn't bother with the legislator anymore. If there's no roll call, everyone is considered present.

Not so in the local Sanggunian. There are much fewer members to keep track of, especially in the Cebu City Council where presiding officer and Vice Mayor Mike Rama keeps looking and calling for each councilor.