Neda chief: PH must save lives from both Covid-19 and hunger 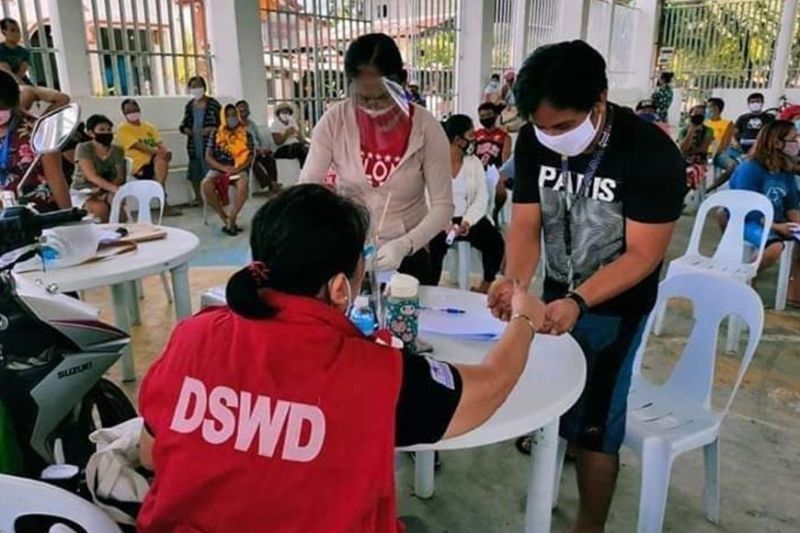 FOLLOWING the Philippine economy’s sharp contraction in the second quarter of 2020, acting Socioeconomic Planning Secretary Karl Kendrick Chua cited the need to rebalance priorities and save lives not only from the coronavirus disease 2019 (Covid-19) but also from hunger.

In a press conference shortly after the Philippine Statistics Authority announced Thursday, August 6, 2020, that gross domestic product (GDP) plunged by 16.5 percent in the second quarter of 2020, Chua said the Philippines is facing its “biggest economic crisis in nearly eight decades” because of the pandemic.

Until a vaccine is developed and approved, Chua said the Philippines and the rest of the world are “in a marathon rather than a sprint” in the struggle to contain the highly infectious disease.

Thus, there is a need to ensure that the country’s response to the crisis “addresses the present needs of our people without exhausting our resources for future needs.”

While the initial response focused on saving lives, Chua said there is now a need to rebalance priorities and save lives from hunger and other diseases as well.

“It also calls for us to respond to the virus as the situation evolves. As Secretary Dominguez said, “The whole world is learning how to dance with this virus, two steps forward and one step back’,” Chua added.

He and Department of Finance (DOF) Secretary Carlos Dominguez III, however, remained optimistic and reiterated that the Philippines has the strong fundamentals needed to recover from the economic slump caused by the pandemic.

Dominguez, for his part, noted that other economies have contracted as well.

He said the Philippines was roughly in the middle among its credit rating peers in terms of economic performance in the first six months of 2020 based either on official government data and Bloomberg consensus data.

Mexico and Italy have it worse with gross domestic product (GDP) growth rates of -10.2 percent and -11.6 percent, respectively, compared to the Philippines’ -9.0 percent growth in the first half of 2020.

The Philippines’ other credit rating peers, Indonesia and Thailand, performed better, but contracted as well with GDP growth of -1.2 percent and -6.5 percent, respectively.

“We are not alone in our struggles, although the unique fiscal and macroeconomic strengths with which we entered 2020 will continue to provide us with solid footing as we confront our economic challenges,” Dominguez said in a

Other Southeast Asian countries were better off. Malaysia and Singapore GDP declined by 3.9 percent and 6.5 percent, respectively, in the first half.

Only Vietnam registered a positive GDP growth of 2.1 percent for the same period.

Other countries, like France and Spain, recorded steeper declines of 12.4 percent and 12.9 percent, respectively.

Chua also reiterated that there have been signs of recovery.

He said the country is “in a much stronger position to address the crisis”.

“Our strengths come from successfully enacting important, game-changing economic, social, and institutional reforms that have better prepared us for the unique challenges we face today,” Chua said in the same virtual press conference.

“These reforms have also strengthened our ability to take decisive actions to help the economy survive this crisis and steer its path towards inclusive and sustainable growth,” he added.

Among these are the various tax reform measures and rice tariffication.

Without these, Chua said “the government would not have the resources to provide emergency subsidies to the people and worse, their diminished income would have been eaten by much higher rice prices”.

He said the government allotted a total of P655 billion to support the people and the healthcare system. Of this amount, nearly P400 billion has been disbursed.

The executive branch is waiting for Congress to approve the Bayanihan 2 bill, or the proposed Bayanihan to Recover As One Act, which will provide fiscal resources for the government’s Covid-19 response.

Chua said the House version also incorporates two important provisions that will provide equity support to strategically distressed firms and allow banks to dispose of bad loans and assets so that they can serve more businesses.

The total support from both fiscal and financial resources amounts to some P995 billion, he added.

“Bayanihan 2 is one instrument in our recovery. The acceleration of our Build Build Build program, now expanded to cover health and digital infrastructure, and the 2021 budget are two complementary measures that will improve our recovery prospects,” Chua said.

As of August 5, the Philippines has recorded 115,980 coronavirus infections, with 2,123 deaths and 66,270 recoveries. (Marites Villamor-Ilano/SunStar Philippines)